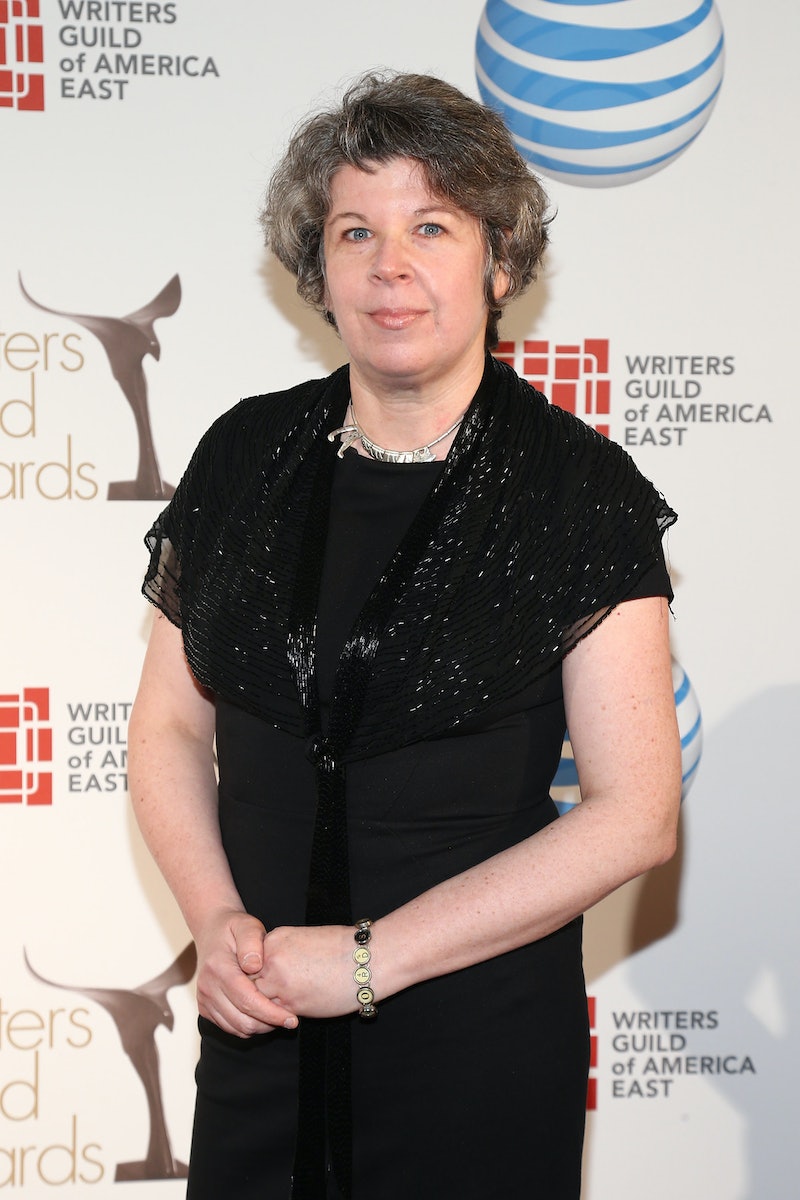 As I sit here in my ergonomic leather-backed office chair, sipping a particularly smoky scotch because it's right after lunchtime and that's what you do to get the attention of the MacArthur foundation, I've been turning over the idea of the MacArthur genius grants in my head.

Let me just say this: I adore the MacArthur Foundation. I think what they do is magical. I love that so many of my favorite authors have been surprised with enormous piles of money just so they can continue to do their priceless work. I love their "no strings attached" model. I love that they just gave a genius grant to a 32-year-old female physicist. I love that they support the arts and the sciences and people who are just generally doing good in the world.

I did notice, however, that there aren't any women writers on the 2014 MacArthur list aside from graphic memoirist/cartoonist Alison Bechdel. While the men are just as deserving — shout-out to Terrance Hayes for achieving the near-mythical status of successful poet in the 21st century — there are certainly a number of women who would have also done amazing things with the award. With that in mind, here are nine more ladies who also deserved a mystical midnight phone call and $625,000 — and I threw in a personalized bonus for each one of them, just because they had to wait.

Needless to say, there are a zillion more women who could and should and probably will receive the award. Consider this the mere tip of the iceberg of genius.

Why: Because no one writes so beautifully and so empathetically about faith and human pain. Her newest book, Lila, which drops in October, was just longlisted for the National Book Award.

The award: $625,000 and dinner with John Calvin, the thinker behind her "literary — and liberal — Calvinism."

Why: She balances her Native ancestors' ancient/mythical/spiritual traditions with a sharp look at the issues facing Native Americans today, all while writing works that manage to feel universal.

The award: $625,000 and a really great espresso machine for her bookstore, Birchbark Books in Minneapolis.

Why: The New York Times described her as "strongest when at her most rageful, writing with controlled fury at the anti-­intellectualism and crassness of the present." Oh yeah.

The award: $625,000 and some homeopathic calming remedies in case she feels the need to be "rageful" all the time.

Why: Because she's proof that writing bestsellers and being extremely smart, literary, and female isn't an oxymoron. Her first YA book, Belzhar, comes out at the end of this month, where she'll be focusing her sharp eye for adult drama onto the teenage world.

The award: $625,000 and a free round of margaritas for her group of four friends that like to go out for Mexican food on the weekends, though Wolitzer insists they're nothing like Sex and the City.

Why: Because no one does funny-sad like this one. Her newest collection, Bark, which came out this year, was a huge hit.

The award: $625,000 and someone to fix up her house, which she described in an interview as "...a falling-apart house [that] requires emergency buttressing weekly to keep it from crashing down. There are squirrels in the chimney, raccoons in the walls, and bats throughout…."

Why: Her poetry deals with race in "moving, painful, and illuminating" ways. She was also the co-founder of the incredible Cave Canem, a workshop for African-American poets.

The award: $625,000 and a first-edition book of Emily Dickinson, to whom her poems, with their "evocative simplicity," have been compared.

Why: Because of her gorgeous, accessible style and the fact that she wrote a poem called "Hippopotomonstrosesquippedaliophobia" — which means "the fear of large words."

The award: $625,000 and a lifetime supply of gummy bears (which she likes to stress-eat while she writes first drafts).

Why: Because she doesn't shy away from the freakish, the dark, and the extreme.

The award: $625,000 and a really good review by a woman, since Holmes claims her female critics are "the worst... embarrassed that praise will make them look like feminists or something."

Why: Not only does her writing read like a conversation with your chatty but intimidatingly thoughtful best friend, but she's a fictioner to boot.

The award: $625,000 and a first edition of every Sweet Valley High book ever printed, because's she's an admitted superfan.

Why: Because she writes bizarre stories, is 70 years old, and doesn't care what anyone thinks.

The award: $625,000 and an eighth Smith Corona portable typewriter. (She owns seven.)