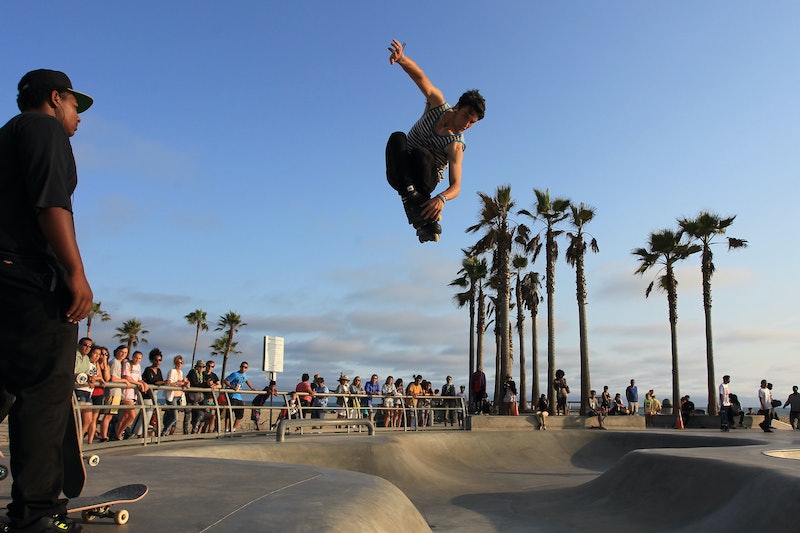 It used to be that people went to cities for excitement. The noise, the action, and the risk was attractive. Raised in drab suburbs and sleepy small towns, nest-fleers found the prospect of long days, interminable nights, and an inexhaustible supply of diversions alluring. In recent years, however, the attitude toward urban life has altered. As life gets seems to be getting busier, more and more people are seeking out more easy-going places to call home. Yes, living in one of the most relaxed cities in America has never sounded more appealing.

After all, we don’t have to seek out distractions anymore — they’re beeping and buzzing in our pockets at all times. The device that delivers our web series and e-books is the same one that notifies us of weekend emails from the boss, credit card late fees, and the still-unlistened-to voicemail from Mom. Suddenly, miles of urban landscape, thick with noise and human life, don’t seem so magical anymore.

It may be that the age of the bustling city is nigh. To hold any appeal for our device-drowned generation, metropolises must now know how to make their denizens chill out. These cities are doing a better job than most. Here are the 10 most relaxed cities in America.

There are few things more stressful than crappy health care. How to ease into your yoga routine when you’re unsure whether the groin injury you’re likely to sustain will be covered? And where’s the nearest hospital? And how long will it take for the ambulance to get here? Groin injuries are serious! Boston makes our list because it has one of the best healthcare systems in the country according to Forbes, which used data from the CDC. A high exercise rank on the same list (#10) adds to the appeal. Beantown: a place where you can rest in peace, knowing you won’t R.I.P.

For an extra shot of relaxation, you can visit nearby Cambridge, the end-all-be-all of American historical charm. The ivied walls and cobbled streets near Harvard belie the unimaginable stress the school's high-achieving students are surely under, but, thankfully, visitors can enjoy the neighborhood's shops and cafe's neurosis-free.

The website WalletHub conducted a survey to see which U.S. cities made the best “staycation” spots. One of their criteria was Rest & Relaxation. Their methodology is arbitrary-seeming but interesting: cities were ranked according to their number of swimming pools and wellness spas and the average cost of beauty services and maids. Buffalo came in at number one. Not too shabby! (It is true that cleaning your own house is stressful.)

If your itinerary includes neither laps nor a blow-out, hop on a bike: The city is remarkably cyclist-friendly, with many of its parks, restaurants, and cultural centers within biking distance of each other.

Commuting is a drag, and a blow to one’s stress levels. Even if the ride or drive itself isn’t aggravating, a long trip to and from work detracts considerably from time that could be otherwise spent doing relaxation-centric activities, like driving or taking the train to therapy. Milwaukee, according to a 2008 survey conducted by the U.S. Census Bureau, has the lowest number of people who commute more than an hour each way to work. That’s a lot of people who can’t get through the whole of the Hunger Games series on their way into the office.

The city also pays homage to something many, if not all of us over 21, find relaxing: beer. Visit the Lakefront Brewery to get a taste of the local brew, or tour the Pabst mansion to see what one beer namesake did with all his cash (or what you can do with yours: the gift shop sells PBR cap earrings).

Boulder is the marijuana capital of the country, and pot is certainly relaxing (as long as you’re not of those people who get paranoid). Let’s split the difference and say that a city that openly embraces the cannabis industry in one of the first states to legalize it scores at least a seven on the municipal chillness scale. Boulder, you rock.

Even non-smokers can find ways to de-stress. The city's robust outdoors scene caters to cyclists, hikers, rock-climbers, and just about every other kind of physical activity seeker.

How are you supposed to relax when there’s so much noise?! The cacophony of a city is one of the most stressful parts of urban living, and loud cities are ceaselessly stressful places to be. According to Men’s Health, Durham is the quietest of the top 100 biggest cities in America. Duke fans, keep it down!

Tour the Duke University chapel to satisfy your Gothic architecture craving (and be sure to see its famous organs). The Carolina Theater and the Museum of Life + Science should also be on any relaxation-seeking visitor's to-do list.

Pick a city known for its expense, and plan on nights spend biting nails and sweating. But the Dallas-Fort Worth area of Texas has an average income of $29,830 (compare to New York’s, $31,703) and an average monthly rent of $874 (New York’s: $1,157). Add to that a lower-than-average crime rate and you have a recipe for “aah” (provided there’s A/C).

The relaxing effects of friendliness cannot be overstated. (That New Yorkers find traditionally friendly cities perversely stressful — “How much slower can you drive?!”; “What’s with all the smiling here?!”— is just another testament to their problem.) Travel and Leisure ranked Nashville the friendliest city in America, so apparently, honky-tonk doesn’t breed much spite. With Nashville booming and quickly becoming CondoLand, we only hope it can keep up its reputation.

It makes sense that a city reputed for physical fitness is also a soul-pacifying place to be. Minneapolis — the citizens of which, according to the CDC, report working out more than those of any other city — is living proof that peace of mind can be had after just one turn on the elliptical. In all seriousness, the city has stepped out in recent years a as burgeoning fitness hub; Bicycle magazine even ranked it the number one city for cyclists. It turns out those infamously cold winters aren't severe enough to deter people from staying active (and relatively stress-free).

The culture of Venice Beach, California is so anathema to industry it’s a wonder anyone can keep the city running. The famous boardwalk is a living testament to the wonders of throwing in the towel. Between the surfers, suntanners, bongo-drummers, and business-card-dispensing marijuana “doctors,” it’s unclear who, if anyone, is doing any actual work. While such a scene is perhaps best enjoyed temporarily (mouths to feed, mouths to feed!), we can’t think of a place that offers a bigger, and more necessary, F*ck You to productivity.

Let’s summarize Portland's chill appeal with a quote: An urban affairs analyst told the Times (in an article casting the city as a “Retirement Community for the Young”), “People move to New York to be in media or finance; they move to L.A. to be in show business…. People move to Portland to move to Portland.” Add to the coffee, bikes, music, and beer a fantastic outdoor setting: With Mt. Hood not too far away, and plenty of lakes and hiking trails nearby, this Oregon flannel mecca offers the best relaxation drug of all: Nature.

More like this
The 3 Best Heated Steering Wheel Covers
By Margeaux Baulch Klein
Twitter Has *A Lot* To Say About The "Single Penalty”
By Sam Ramsden
Here’s Your Daily Horoscope For January 30, 2023
By Mecca Woods
Here’s Your Astrological Forecast For February
By Nina Kahn
Get Even More From Bustle — Sign Up For The Newsletter
From hair trends to relationship advice, our daily newsletter has everything you need to sound like a person who’s on TikTok, even if you aren’t.