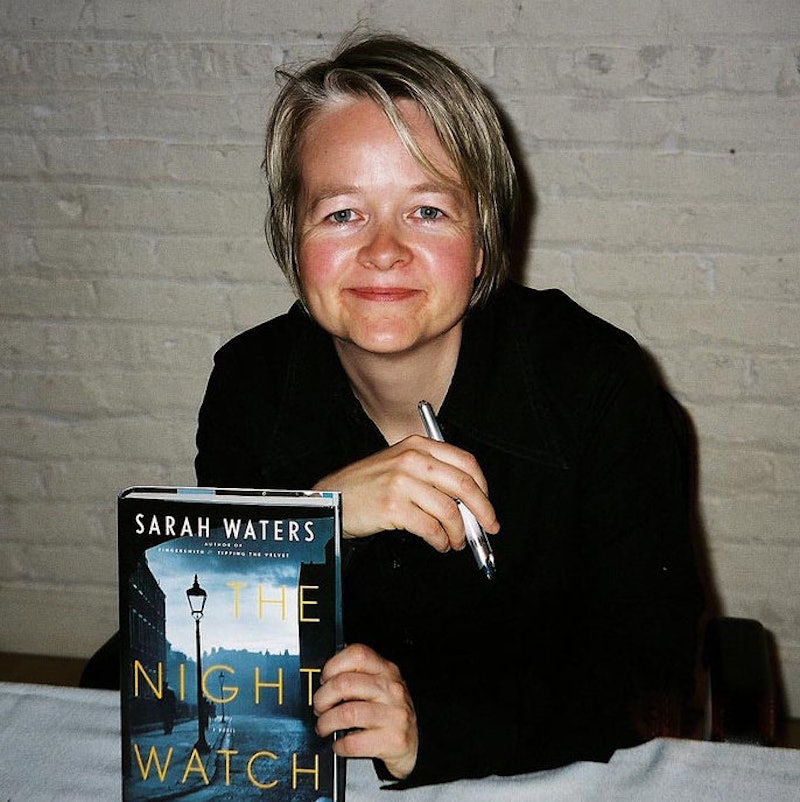 A check for $50,000 and literary glory is that much closer for 3 of 18 authors: On Tuesday morning, the folks at Kirkus Reviews announced the finalists for the 2014 Kirkus Prize. The staff at the prestigious reviews publication released the titles on the shortlists for fiction, nonfiction, and young readers' lit — let's zoom in on the first two categories, shall we?

On the fiction side — judged by Kate Christensen, Stephanie Valdez, and Marion Winik — finalists are:

The most exciting thing about this list is that it's not just the usual suspects — not one of these books is on the National Book Award for Fiction Longlist. There's a nice mix of men and women, plus works that are sweeping and granular, respectively. I think this is a pretty cool, unexpected assortment.

My prediction: Sarah Waters (above). There's a lot of amazing talent on that list, but with The Paying Guests, an epic historical novel exploring the highs and lows of love and domestic drama, she'll be a tough contender to beat.

Next, the nonfiction honorees — judged by Sarah Bagby, Sloane Crosley, and Gregory McNamee, are:

Holy contenders. How on earth do you put the narrative talent of Elizabeth Kolbert up against the hand of Roz Chast (who's a National Book Award for Nonfiction Longlist nominee, by the way), and throw them in the ring with a wave-maker like Piketty? This'll be a fight — and that's only half the pool. I'm keeping my predictions out of this one — it's too hard.

The winners will be announced October 23.