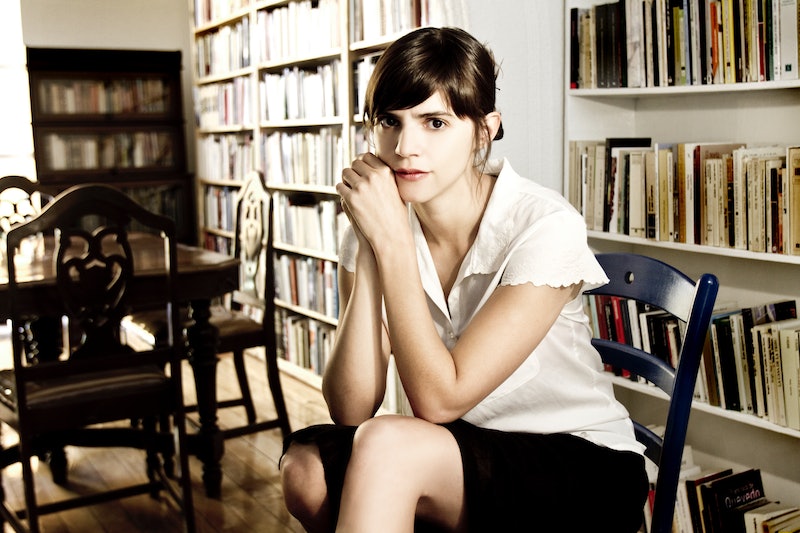 There are lots of "X Under X" lists — 20 Under 40, 2 Under 4, Twenty-Thousand Leagues Under The Sea, whatever. Some of them you should pay attention to; most you shouldn't. There's one, however, that's worth all the attention, and that's a list of writers called 5 Under 35. And as soon as I saw the National Book Foundation's 2014 5 Under 35 List, I literally said one word aloud... and that was, "Wow."

The writers on this year's list are worth all the attention they're about to get. They're chosen by past winners and finalists of the National Book Awards, so they know potential (and, frankly, genius) when they see it. Let me tell you a little bit about each of them.

Akhtiorskaya came out with the rich, funny Panic In a Suitcase (Riverhead) in August, which draws much from her own experiences as an immigrant from Ukraine to Brooklyn. It was called "brilliant" in about a million different places by about a million different people — and for good reason. She writes way beyond her years with both a poetry and a tightness that's so sophisticated it floored me.

I never quite understood that war could be such a beautiful subject until I heard Klay, an Iraq War veteran, read some of his Redeployment (Penguin Press) at the Brooklyn Book Festival a couple of weeks ago. The contrast between the gruesome details of battle and the delicate sensibilities of literature is a balance that only a true master's hand can execute, and Klay pulls it off like he's been doing it his entire life.

When I recently heard Valeria Luiselli (above) read about cities from her book Faces In The Crowd (Coffee House), she didn't want to use a mic. That's very much what I think of when I think of her — there's a quiet power in Luiselli's words. She didn't need anything loud to captivate the audience either in volume or in her prose, which makes her work resonate.

Gilvarry's first book, From the Memoirs of a Non-Enemy Combatant (Viking), which came out in 2012, is about a fashion prisoner. (Yes, really.) It's one of the most unusual, original books I've ever read, with a character with whom I fell in love, and I tore through it. Seeing his name on this list makes me thrilled to know that there's more coming from him.

I'll be honest: Quade is the only writer on this list with whom I'm not intimately familiar yet — but that's half the point of 5 Under 35, right? To not only honor, but signal-boost, too. I stopped to read some of her work, and I'm so glad I did — her sentences are precise and cutting, and her images so vivid. She's the author of Night at the Fiestas (Norton), a collection of stories, which is set in Northern New Mexico.

I couldn't be more excited about this group of writers. They're in amazing company, like Merritt Tierce, Molly Antopol, Claire Vaye Watkins, Jennifer duBois, and more. I hope you're feeling 'em, too.