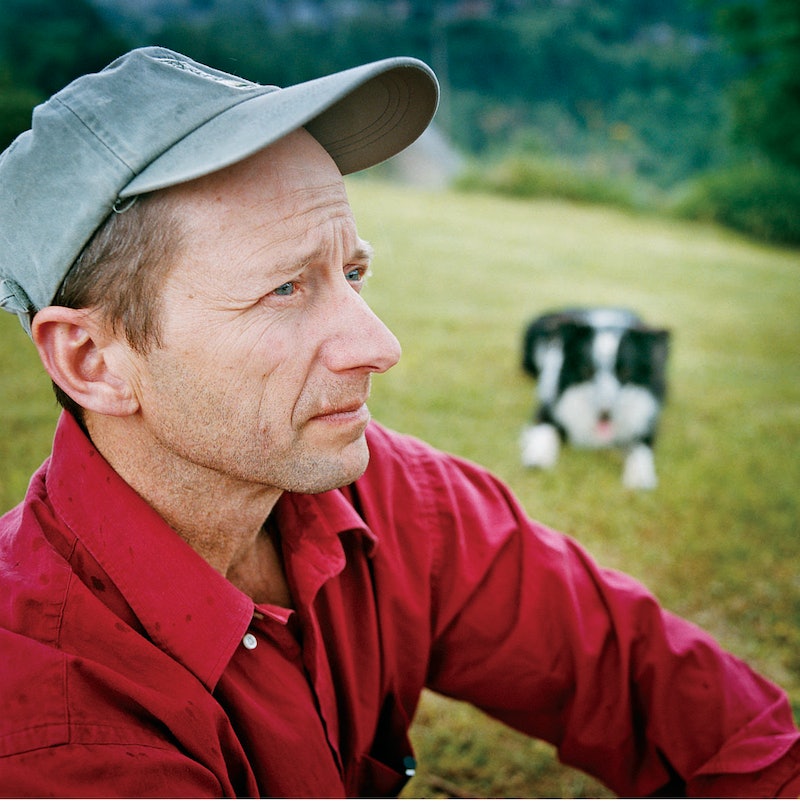 “A strange and powerful landscape summons strange and powerful happenings.” This line is both refrain and foundation for Rick Bass’s All the Land to Hold Us (Houghton Mifflin Harcourt), a captivating novel that ponders a history of human greed and if the future holds redemption.

All the Land is the story of a West Texas small town, and how its residents interact with the desert around them. There is Richard, the oil geologist who, like the conquistadors before him, plunders the land; Clarissa, the frightened waif who goes outdoors only at night to preserve her fair-skinned beauty; Marie, the overworked and neglected wife who remakes her life; and Herbert Mix, the eccentric and insatiable peg-legged collector who hauls bones and trinkets back from the desert to display in his garage-turned-museum. These characters are just one part of this book’s magic, though. The novel derives its richness from Texas-native Bass’s love for the land; descriptions of moody desert nights and the sun’s deadly heat entrance the reader just as the natural elements themselves do the characters.

Bass opens with a lively traipse through the history of West Texas and those who have despoiled it. The novel then picks up with the short-lived love of Richard and Clarissa, who dies due to the extreme sunburn she suffers while out with Richard one day. The book then jumps back a few decades to Marie’s troubles with her husband, who greedily harvests salt from the desert, as well as Marie’s desperate attempt to save a circus elephant. (This scene is just the kind of “strange and powerful” happening that makes this narrative so enchanting.)

From its start, then, it is clear that All the Land is a novel with a purpose: to shed light on a real-world problem that deeply troubles its author, who is himself a staunch eco-activist. Just earlier this year, Bass was arrested for protesting the Keystone XL pipeline in front of the White House. This passion for the environment is evident in All the Land, a novel that at its very core is an elegiac lament of history’s cyclical nature — this, for West Texas, means a continual despoiling of the land. And the novel, which is set during the oil industry’s halcyon days prior to the West Texas crash of '82, seems nervous about that next round of despoiling — since West Texas has recently seen the resurgence of its oil business.

Perhaps Rick Bass, the son of a geologist who also holds a degree in geology himself, sees Richard as the man he might’ve been had he pursued the career for which his university studies prepared him. He, too, might’ve spent years sucking black gold out of the Earth and then, disillusioned, turned to finding fresh water for the town whose water supply his industry contaminated. (The similarity of the author’s and character’s name, Rick being a nickname for Richard, certainly contributes to the musing.)

Although politically progressive, All the Land to Hold Us is, ultimately, a safe novel. It does not push the boundaries of literary form or seek to find a new way to represent and struggle with the notions of place and history, like Faulkner does with his fictional Yoknapatawpha County in his plotless novel of consciousness Absalom, Absalom. Politics and art are sometimes said to be immiscible forces, and that too much concern for the former compromises the latter. In All the Land’s case, a political agenda doesn’t make bad art — it just doesn’t make great art. Other flaws come from a different aspect of Bass’ past: the author of many works of nonfiction, including a memoir that was a finalist for the National Book Critics Circle Award, Bass indulges the nonfiction writer’s penchant for summary and tidiness, which come off as too heavy-handed for a novel.

“One sometimes wonders if Bowie and Travis and the rest would have fought so hard for this land if they had known how many ugly motels and shopping centers would eventually stand on it.” This question, posed by the Texas literary giant Larry McMurtry, is also a concern for Bass, who asks of oil fields and contaminated water instead of “ugly motels and shopping centers.”

Nevertheless, unlike McMurtry’s work, All the Land is not a novel preoccupied with rendering an authentic artistic portrayal of Texas; it is, instead, a novel worried by an activist’s, not an aesthete’s, concerns.