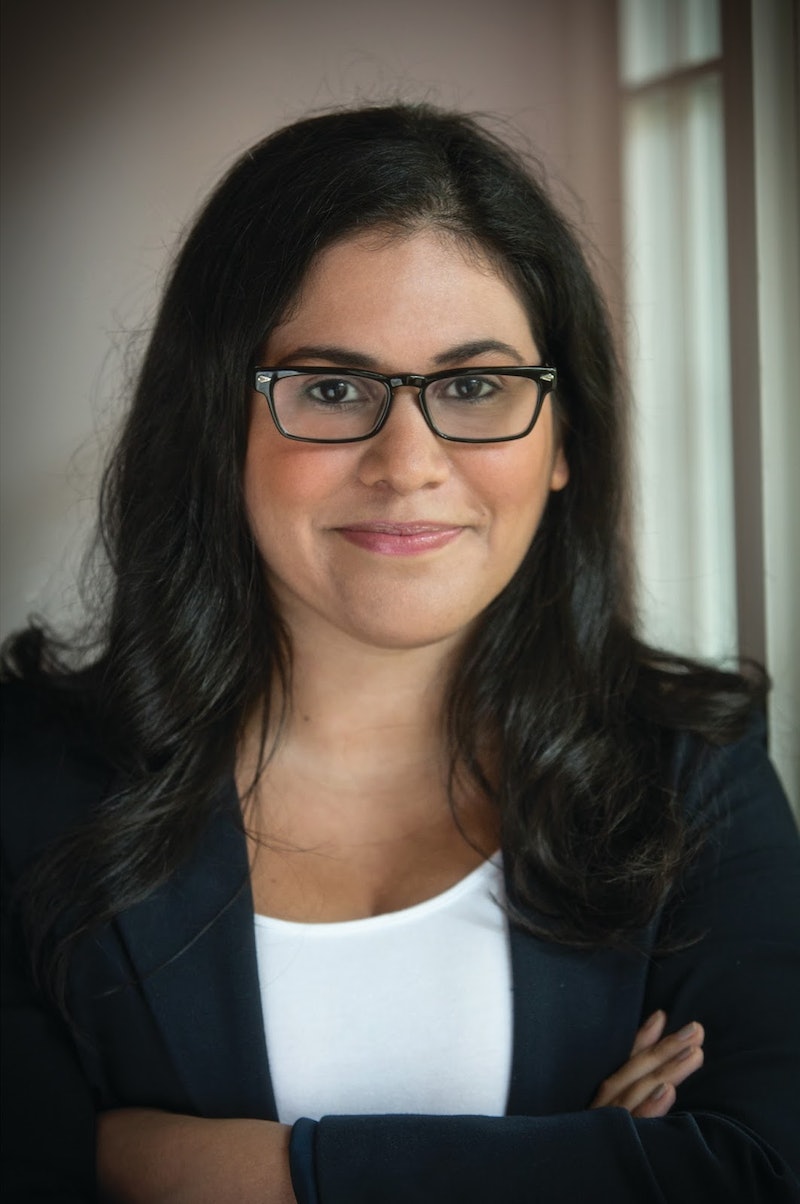 For Sahar, the bold and brilliant protagonist in Sara Farizan’s debut novel If You Could Be Mine (Algonquin), her seventeenth year is a tumultuous one. In the months preceding the wedding of her best friend and lover, Nasrin, she finds herself trapped, both by her gender and her society’s boundaries, and is compelled to make a life-altering decision.

In this striking debut, Farizan explores the trials of coming to terms with homosexuality, trials she herself experienced as a teenager in Boston, Mass., in an entirely foreign context. Drawing from her Iranian heritage and research into the region and it’s cultural boundaries, Farizan depicts a world rich in beauty, flavor and passion but bound by strict cultural norms and a stagnant political system. More than a story of first heartbreak, this novel takes us into the shadows of an antiquated society, giving voice to an otherwise silent demographic.

BUSTLE: This is a powerful story on numerous controversial issues, not just in Iran, but across the globe. You have mentioned how difficult it was coming to terms with your sexuality as a teenager in Boston and how you hoped to write the book you wished you had found during that period. How did you go about starting your research into and recreating the experience of being a young homosexual in Iran, where it remains a crime?

SARA FARIZAN: I had a difficult time with coming out because of my cultural background and so I tapped into the psychology and feelings of that age for my main character. While the book is specific in its characters and country, there are many universal themes, and the main one is wanting to be with someone you can't be with. It's a story as old as Romeo and Juliet — it's just the setting the characters find themselves in heighten the stakes. I did a great deal of research stateside reading a lot about transgender/transsexual issues because I am cisgender and I want to be sensitive to characters that are not like me but don't get as much visibility as I think they should. I learned a lot about people who were seeking asylum from Iran in other countries because of the issues in the book. And then when I went to Iran I spoke a lot to all kinds of people but mostly about their day to day lives. My visit also helped a lot with setting and places I could have the characters go.

You describe the sights, sounds and smells of Iran in great detail. Are these details largely from your own memories and travels to the region as a teenager, or based more on the anecdotes and experiences of those you interviewed for the novel?

From a lot of memories and being there. Being in Iran I feel very foreign but also very at home in some ways, which is an insane contradiction. It's an important part of who I am, and I treat that part of my identity with a great deal of pride, but I'm very American and I think memories I have of Iran are so strong because it's such a contrast from the States.

Sahar finds herself compelled to pursue sex reassignment surgery, a drastic decision, particularly for someone of her age. What inspired this dramatic plot line, and did your research into the subject reveal it as a surprisingly common solution to gender dysphoria in Iran?

When I did learn about transsexuality in Iran it just seemed like something I had to explore because the book is a love story — but it's also a lot about identity and what it is to be yourself. And how do you truly be yourself in a place that might not allow you to be? I hope I treated the transsexual characters in my book with sensitivity because I think we need to be more mindful of trans rights in America, as well as in the rest of the world.

This story and its characters are modern, yet many of the cultural "norms" are bound by strong tradition and some seemingly antiquated views.

Do you foresee progress on issues of gender inequality, homosexuality, and gender dysphoria in the region in the near future on a cultural and/ or political level?

I hope so. I think socially people there are pushing boundaries, but it's difficult because there are consequences. I can't impose my beliefs or wants on a country I don't live in, but I am hopeful that progress can be made worldwide on social issues in 10, 20, or 30 years time. I don't know how, but I think the more discussion and visibility certain issues have, it can get people to debate and learn more about things they don't understand or thought they didn't want to understand.

This being your first novel, did you find it daunting or liberating to choose such a bold subject upon which to base your debut?

To be honest I never thought it would be published, so I think that made me more free to write what I did as my thesis. It's a book that packs a powerful punch, so I'm a little worried that people may be disappointed with book two, which is a lot lighter in tone and set in New England. But this book makes me out to the world and sometimes I get nervous about that, but I think if you can put a face to issues and people find me likable and non-threatening, maybe this can have people have conversations in their own families and discuss topics they were perhaps unlikely to talk about.

I think many young people, men and women alike, can relate to Sahar as she goes through her first heartbreak. Is the book rooted in personal experience?

Oh boy, I never had a relationship in high school because I was chicken. And I've never loved someone as deeply as Sahar loves Nasrin, but I do know the ache of losing someone you really care a great deal about.

Growing up in Boston, do you find it at all difficult to maintain a strong connection to your Iranian roots, or does the distance actually inspire a deeper curiosity and bond with the culture?

I feel like Iran is this older sibling that is away at college. Iran inspires a lot of fond feelings and confusion, and sometimes I even forget about it — but not for very long. It's not the only thing about my identity, but it's a part of me that I am proud of because my parents are from there. There's a community of Persians in Boston, too, so a lot of social situations are similar to what they would be in Tehran.

Will your next works be set in the United States or abroad?

The States, because it's so hard to write about another country. I don't think I will ever write another book set in Iran because it's so difficult, and I don't know that I'll be able to visit again after this novel. I am nervous about writing characters that are not like me, but there are a lot of social issues that I'd like to write about for teenagers, and hopefully I am able to do that authentically and with as much passion as I put into If You Could Be Mine.

What's your advice to writers who are struggling with an issue that they feel they may have to keep hidden, or can only address in writing?

I would encourage people to write the story they really, really want to tell because everyone has a story in them. You don't need to share it if you don't want to, but I found a lot of solace in writing and I wrote because it made me feel better. And who knows, your story may make an impact on someone else who is going through a similar situation.