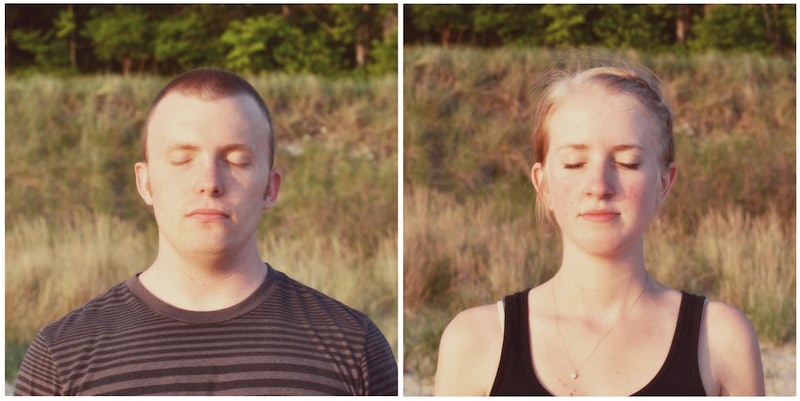 The worst lay my friend Cait claims ever to have had was with an objectively ravishing guy, and I don't use words like ravishing lightly. (Stud in question has a jawline that bears less resemblance to a normal human chin than to a select handful of geometry proofs I completed in high school. It's trapezoidal.) Per Cait — whose name has been changed, because what am I, a monster? — per Cait, he was also smart and charming, and well-endowed to boot. So what was the problem? It was a classic case of sexual incompatibility. Apparently, both Cait and jaw-dude are pretty sexually submissive in bed, and clothes were shed before their preferences came to light. The ensuing dirty talk was awkward.

Cait's Worst Sex Ever is emblematic of a thoroughly disappointing glitch in desire and compatibility — namely, that even if you're totally attracted to someone, have great chemistry with them, and enjoy all the good stuff they're doing to your body, there's a very real possibility that the two of you still won't manage to make it work in bed. Obviously, this issue can manifest in many ways, but I'm focusing on the dominant-submissive spectrum today, because I think it's a problem that a lot of people — and a lot of couples — encounter.

I'm not necessarily talking about xxx-treme 50 Shades stuff here, by the way. As I see it, "submissive" runs the gamut from "I don't like initiating sex" to "I don't like being on top" to "I like being talked dirty TO, not dirty talking" to "whips and chains excite me." And it can be really difficult for someone who's more submissive in bed to feel comfortable taking the reins during sex, just as it's difficult for someone more dominant to lie back while their partner takes over.

Now, it's one thing to be a little too kink-twinny with a discardable one-night stand, but another thing entirely when you experience the same issue in a serious (or semi-serious) relationship. So what do you do then, when you and your partner — who you like, maybe love, and can't just hot-potato drop like a sharp-chinned hookup — both fall on the same end of the dominant-to-submissive spectrum? I recruited Amy Levine, sex coach and founder of Ignite Your Pleasure, to weigh in on this particular form of sexual incompatibility, and how to handle it in the context of a relationship. Here's what she taught me:

1. Just so you know, as far as sex problems go, this is a common one.

I could have confirmed that anecdotally, but Levine says that she sees this a lot among couples who seek her out with hopes of improving their sex lives. "Often," she adds, "both partners are 'submissive,' and at least one needs to learn to take the lead."

2. It is possible for a submissive-submissive or dominant-dominant couple to work out their sexual compatibility issues...

...but it requires both partners to compromise and step out of their comfort zones. "Two sexually dominant people can have great sex so long as the dominance is more about knowing what they want than about one being more in control of the other," says Levine, "and two people that are submissive can work when one person modifies to take the initiative." To start tackling the problem, she suggests having each partner brainstorm three things they want for their sex lives, so both have a better idea of how to fulfill the other's desire in a fair way.

3. Incremental change is the name of the game when you're trying on a new sexual personality.

"It can be very overwhelming, for example, for someone to have to initiate when it's not in their nature," Levine acknowledges. "In that case, start with just one small adjustment, like making the move to make out with your partner." From there, she explains, sexual change can progress in steps, "so, with practice, both partners can take turns taking the lead and build their sexual repertoire."

5. If it's really bothering you, consider asking for help.

If you've been in a relationship for a while, and you find it sexually unfulfilling for these reasons or others, Levine suggests calling in an expert. "It can be helpful to have that perspective," she says, "and it's difficult for many to change on their own."

6. Know when to call it quits.

If you've given it the old college try, and having a hot sex life is very important to you (it isn't for everyone, and that's OK), it might be time to call it a day. As Levine puts it, "if that's one of your top priorities, then it's not healthy to continue on in a sexually unfulfilling relationship." Preach!

7. Going forward, be honest with yourself if the sex isn't working from the beginning.

That's not to say, of course, that all sex has to be oh-oh-OHHH sex. Hardly. "It's just best when it's not causing concern," says Levine. "But people who find they are in a sexually incompatible relationship can likely tell you when it started... from the very beginning."