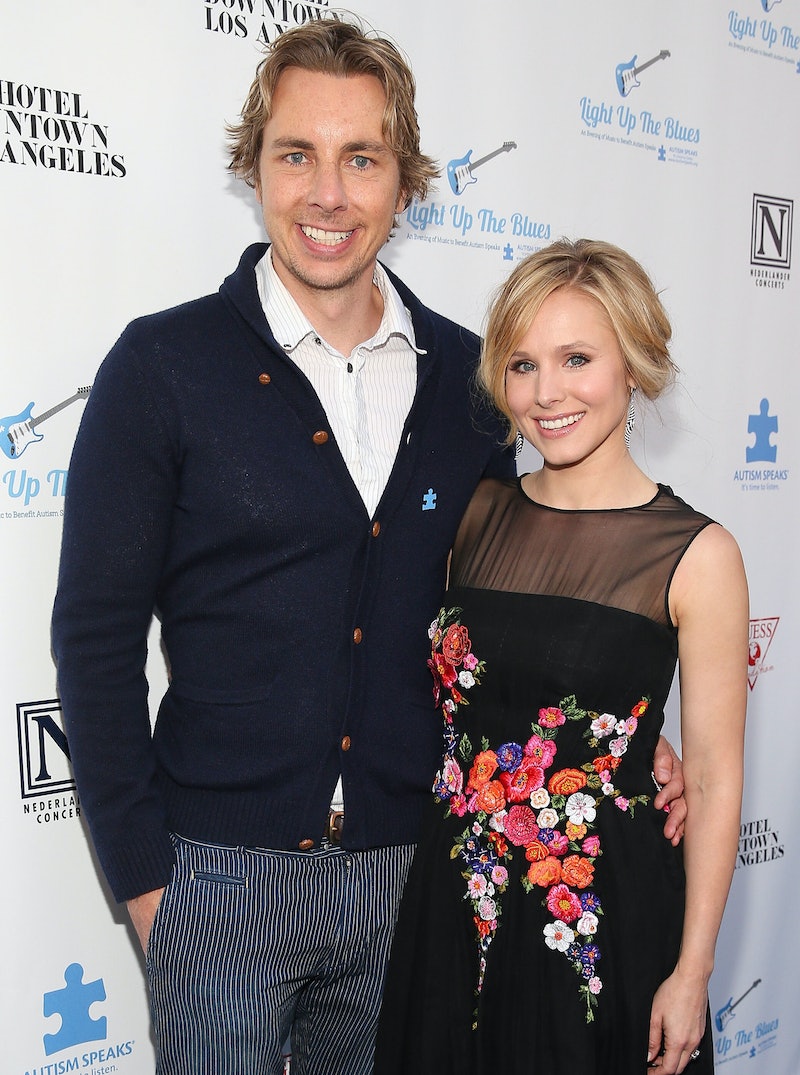 I am so, SO happy to congratulate eternal goofy cuties Kristen Bell and Dax Shepard on the arrival of their baby girl. Bell and Sheps are already on the list of Coolest Moms and Dads with their current little lady Lincoln (no doubt that kid will do justice to her namesake 'cause she's got excellent guidance). Shepard announced via Twitter that they welcomed their new daughter on Dec. 19, who rounds out the clan to four. All that's left now is to get a sloth to elevate the Bell-Shepard to another level of awesome. Bell posted a tweet, as well.

Shepard revealed that their daughter's name is Delta Bell Shepard but they are pretty adamant about privacy when it comes to their kids, and they don't trifle with the paparazzi, either. In fact, they will have WORDS if they're bothered. So, we will have to respectfully respect their privacy at this time and muse about Delta's adorableness until they do or don't share a photo.

That said, have I mentioned before how COOL I think these two are? I am mega-excited for their growing family because 1) I love Dax Shepard as a dad on Parenthood and just extrapolate that and assume his IRL dad skills are even better, and 2) these two are no-nonsense, even though they're fun and funny as hell. One of the most clinching moments in my love for this couple was when Bell talked about her husband's, er, passion for her pregnant body on Conan earlier this year.

Also, her "baby bump" was first spotted as she was leaving a Bed Bath and Beyond, and I feel like no matter how much success the former Veronica Mars star has seen, the two of us could without a doubt have an extremely earnest discussion of BBB's policy on honoring coupons. I am just feelin' their realness, and I think new addition is one lucky, lucky kid.

I mean, check out how her parents celebrated her birth. So cute.

More like this
Kim Kardashian Reveals Her Response To Kanye’s Fashion Opinions
By Jake Viswanath
Stanley Tucci & Felicity Blunt’s Relationship Timeline Might Make You A Little Hungry
By Jake Viswanath
Molly-Mae & Tommy Fury Shared The Cutest Gender Reveal Video
By Sophie McEvoy and Sam Ramsden
Who Is Nick Cannon Dating & How Many Kids Does He Have?
By Jordyn Tilchen and Radhika Menon
Get Even More From Bustle — Sign Up For The Newsletter