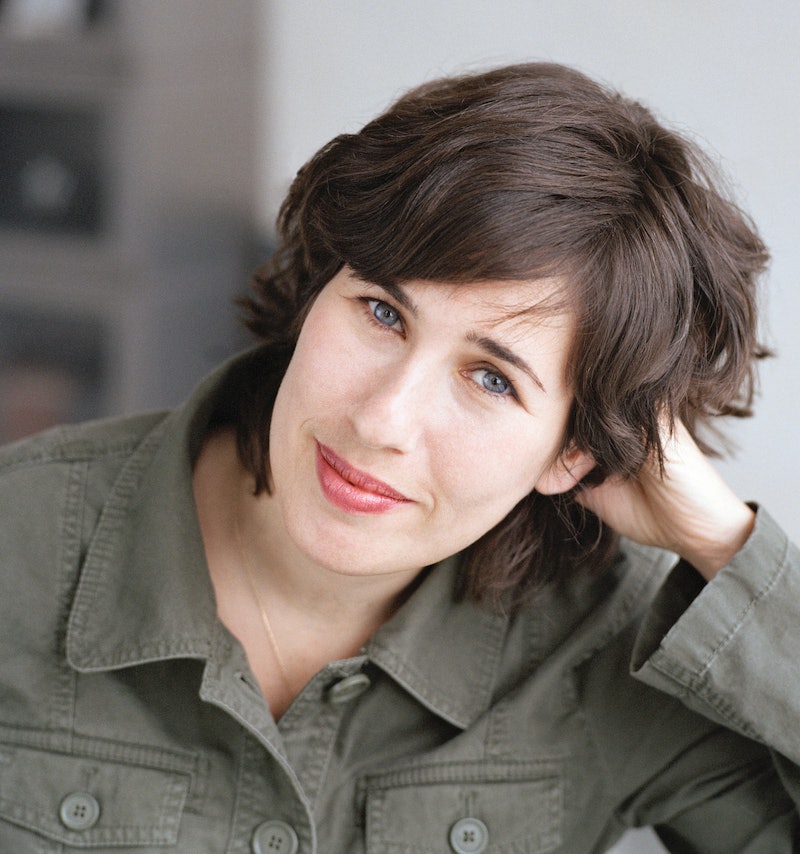 What if atheism and a hard-nosed adherence to objectivity is just another set of beliefs, like devout Christians’ belief in intelligent design? This is the question Lauren Grodstein’s smart, absorbing novel The Explanation for Everything (Algonquin) ponders.

The novel follows a single academic year in the life of Andy Waite, a skeptical, burnt-out, junior biology professor who describes his students as "the sloppy, the angsty, the covert nose-pickers," and as an "indistinct mix of Haleys and Jordans." He internally mocks his students for using "like" and sometimes feels the urge to punch the hardcore Christian students that disrupt his seminar “There is No God.” Andy, after all, is fervent in his own way about evolutionary theory — it, as he puts it, "explains everything about us."

Waite seems to have forgotten the old adage “the more I learn the less I know” in his quest to understand the world through science, and this urge to understand is only strengthened after the tragic death of Waite’s wife, who is killed by a drunk driver on her way back from picking up dinner at McDonald’s. (This darkly comic detail saves this subplot from melodrama, and it also reflects this novel’s particularly entertaining brand of humor.) Indeed, Waite’s desire to make sense of the senseless is so strong he switches fields and begins studying the genetics of alcoholism.

For years, scientific rationalism serves as his faith, both his comfort and his motivation. That is, of course, until Melissa, a very religious transfer student, shows up at his office hours. The two embark on a months-long journey during which time they grapple with the respective strengths and weaknesses of faith and science. It is a journey that takes Waite in two unexpected directions — a brief moment of religiousness and an illicit affair with Melissa. Change sparked in the student by the teacher, or in the teacher by the student is a common literary theme; the former represented by a film like The Dead Poets Society and the latter by a work like Isherwood’s A Single Man. It is in the classroom is, after all, that one contemplates one’s attitude toward life, or so liberal arts colleges are currently arguing.

This work aims for a place in the company of celebrated campus novels like Nabokov’s Pnin and Zadie Smith’s On Beauty, the kind of novels that combine philosophical inquiry with satire of the sometimes cocoon-ish world of the liberal arts college. Grodstein’s Explanation for Everything does both. Her campus is artfully drawn. Exton Reed, where Andy teaches, is a small liberal arts college that used to be a former finishing school (a lovely detail there), and therefore has a middling reputation as well as campus facilities. Grodstein, who teaches at Rutgers, nails college organizations' penchant for horrible alliteration and acronyms with the name of Exton Reed’s fellowship group: Campus Crusaders for Christ.

Overall, Explanation is a well-crafted novel, and it is clear that Grodstein put much care into this work. Details are resonant: Andy’s other love interest Sheila, for example, is introduced with specks of green splotched on her chin, and many chapters later we learn her favorite flavor of ice cream is mint chip.

The narration, and how it weaves in and out of Andy’s consciousness, is perhaps this novel’s strongest feat. Using the popular third person “free indirect style,” Grodstein enlivens her prose and makes the reader’s relationship to Andy feel more intimate. There are exclamatory asides like, “Christ, was it too much to ask for a PowerPoint setup?” We also experience moments in which Andy’s anxious mind veers off into hilarious darkness; contemplating the potential failure of his tenure application, he thinks, “he could use the hours the girls were at school to obsessively pick bugs from the pool by hand."

The Explanation for Everything ends on a note of temperance. By the final chapters, any fervor that held Andy — religious or rationalist — has subsided, and he learns that there is, after all, no explanation for everything, and no need for it. And though Andy's hunger for truth gives way to satisfaction with ambiguity, reader's desire for more of this compelling novel will not be so easily gratified.