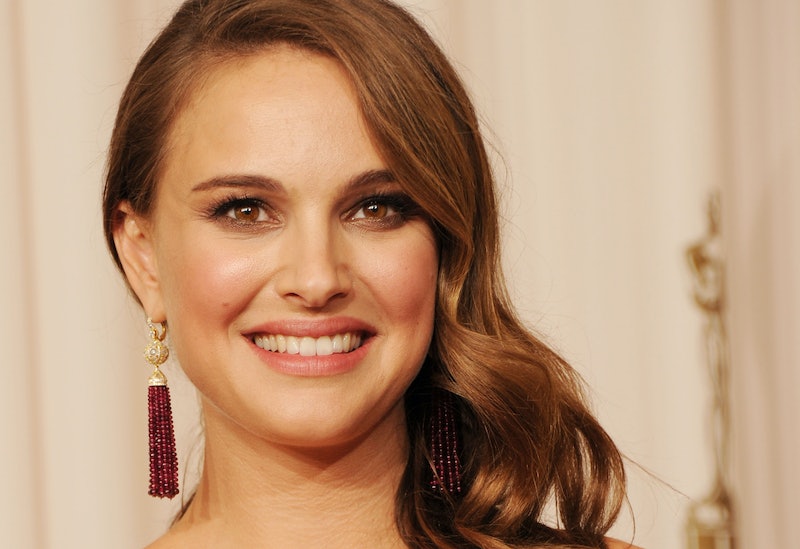 You know how people are always complaining that Dior does a terrible job of dressing Jennifer Lawrence (yeah, Jen — you should totally ditch that multi-million dollar, three-year contract so you can wear more Prabal Gurung and Tom Ford)? Well, Natalie Portman lives happily on the other side of that coin (along with the ultra-glamorous, fellow Dior-frequenter Marion Cotillard). Now, I don't know if they're paying her 15-million-plus to do so, but she wears an awful lot of Dior too — and she looks absolutely fabulous in it.

Back around (and before) her Black Swan, era she wore a lot more Rodarte and Lanvin, but over the last couple of years, she's been pretty loyal to Dior (she is the face of Miss Dior, after all) — she's worn the brand at most of her biggest movie premieres, and a good portion of her public appearances and award shows as well. She has a few missteps here and there (there were a few pretty boringly basic ensembles in the mix), but 80 percent of the time? She looks like the honorary Parisian movie star she is.

Let's take a look at some of her best style moments:

1. On The Late Show With David Letterman

Classic with an extra scoop of classic.

Poofy with tulle and iridescent jewels? I'm so there.

4. At the Paris Premiere of Thor: The Dark World

So adorably wood nymph-like. Doesn't it just like the high-fashion version of your favorite dress-up costume from when you were six?

5. At the Berlin Premiere of Thor: The Dark World

Like one of those stretchy '90s shirts in the best way possible.

7. At Van Cleef and Arpels Collaboration

I said it before, and I'll say it again: She's serving up some total wood nymph fabulousness.

One of those dresses that makes you think, "Natalie Portman was born to wear Dior."

10. At the New York Premiere of Black Swan

So glamorously evil (and kudos on those bedroom eyes)!