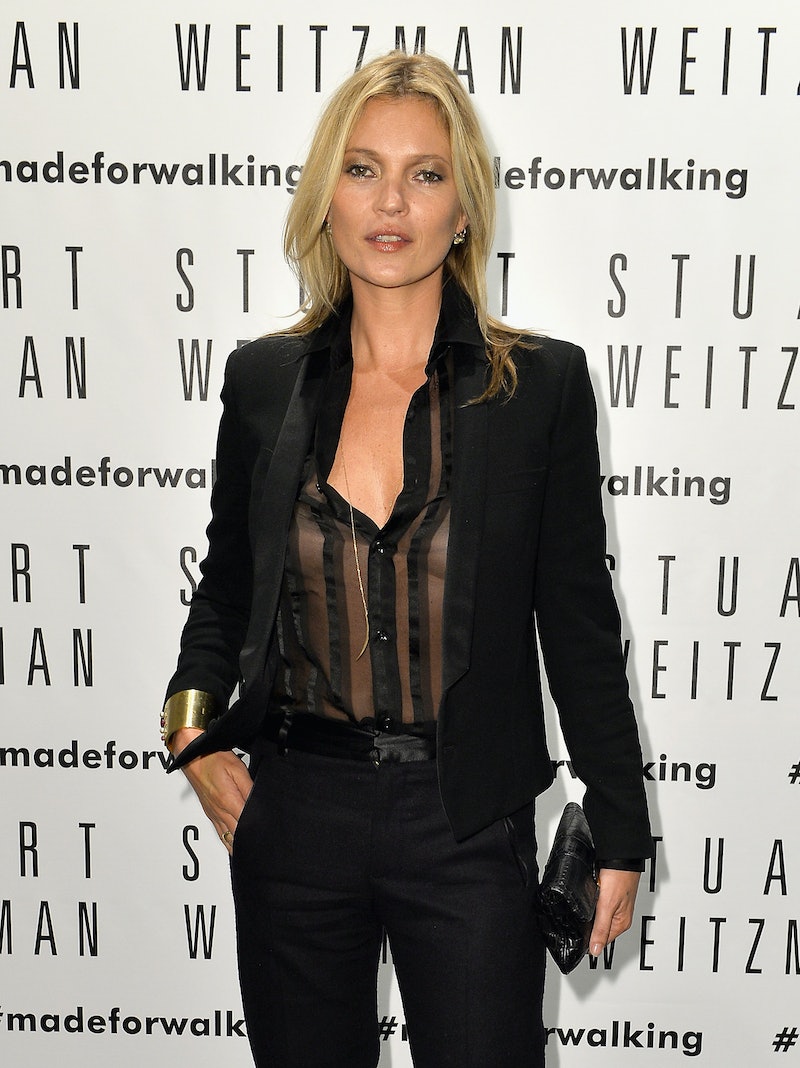 As you scrub the Day of the Dead makeup from your hungover face, I'm sure the first thing on your mind —immediately after bagels— is what the supermodels were wearing last night. Kate Moss was Cara Delevingne for Halloween, so the short answer to your question is that the "It girls" of fashion past and present were Single White Female-ing each other. But, in like a playful and super meta way.

According to The Daily Mail, Kate Moss dressed up as her Burberry campaign co-star to attend Jonathan Ross' Halloween party on Friday. As you'd imagine, Moss' costume embodies the ethos of Delevingne's trademark lovable laziness. She threw on a knit beanie, a varsity jacket, a t-shirt bearing the slogan "Up All Night," and stuck her tongue out; all attesting to her youthful abandon.

I'll be a monkey's second cousin if this ensemble wasn't a total last-minute fix that Moss threw together because she had no idea what she was gonna be. Total procrastination effort aside, it's so Cara to leave planning until the 11th hour. Delevingne's Halloween ritual probably goes exactly like this: she waits until 2 PM on October 31st; she realizes what day it is and exclaims "BOLLOCKS! I need a costume!"; she puts a bacon shirt and goes to Karl Lagerfeld's Halloween party dressed as bacon; she receives copious compliments and takes pictures of herself eating pizza.

Let's move on to the photo. I give Moss major points for verisimilitude. Extra points for her getting in touch with her inner child.