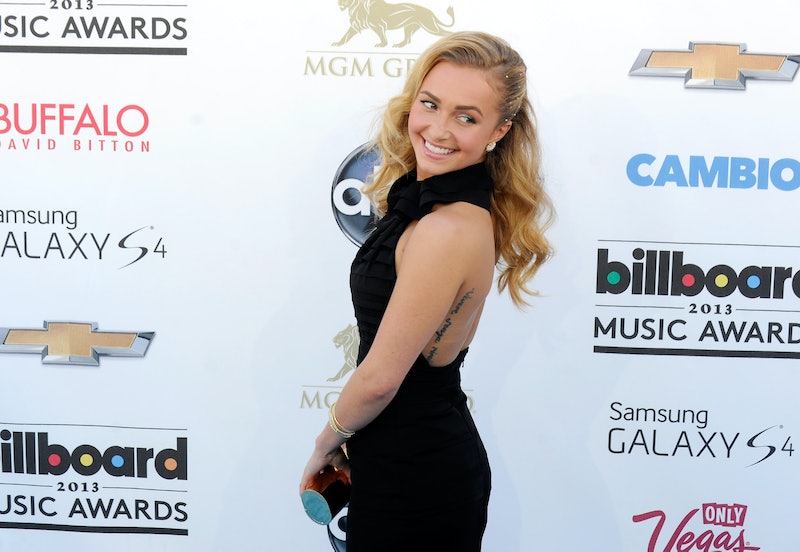 Hollywood is notorious for its weight fixation and intense scrutiny of women's bodies, a preoccupation from which even expectant celebrities aren't exempt. In a recent discussion of her pregnancy with Hello! magazine, Hayden Panettiere revealed her current weight, brushing off such unrealistic expectations and refocused the attention on her joy at becoming a mother. With a few choice words, Panettiere took enormous strides in reconfiguring the media's attitude towards pregnant women and the resulting pressures to maintain a trim appearance.

The Nashville actress's distaste for sugar-coating the truth as well as her innate self confidence are well-established facts, and during her interview Panettiere's poise remained even as she spoke of her weight gain. When asked about the progress of her pregnancy, the candid actress responded:

In such an image-focused industry, even expectant mothers are held to impossibly high standards of fitness and are often criticized when their weight appears to exceed a certain "acceptable" number. Kim Kardashian and Alyssa Milano are just two of the many celebrities who have been scorned for their shifting physiques during pregnancy.

However, Panettiere's frank dialogue regarding her body is a windfall for pregnant women both in the limelight and outside. Instead of discussing her 4-week plan to shed her pregnancy weight, Panettiere simply stated:

I'm so ready to hold my baby girl—I'm going to be a very hands on mom...I feel very empowered myself and I think my daughter will, too.

No doubt Panettiere will raise an important member of the next generation of liberated, self-respecting women.