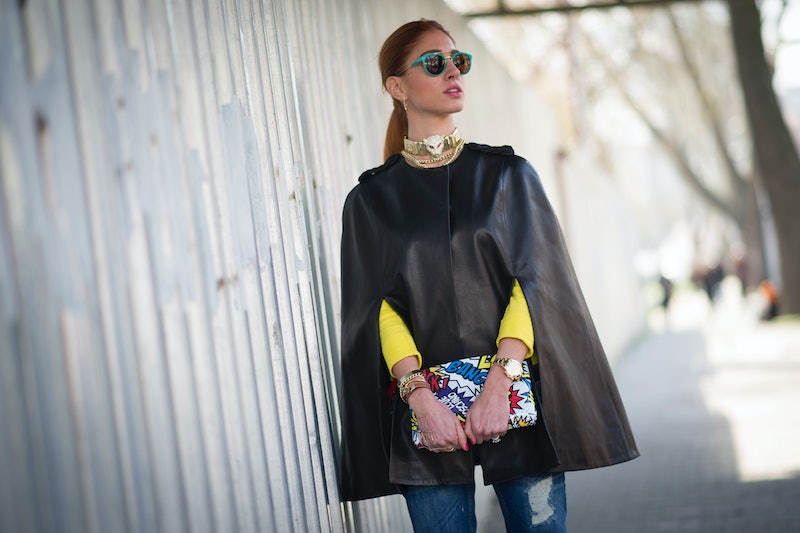 Unless you've got an unabashedly honest best friend who isn't afraid of hurting your feelings, it's often difficult to get a genuine, unbiased answer about how an outfit really looks on you. Even then, it's impossible to expect them to be at your beck and call when you need to make a game-time decision about a date-night outfit or an impulse shoe buy. That's where this Parisian-based company comes in — they've created an app called Okay that gives you collective feedback and advice in real-time about any fashion questions you may have. Some of the questions may include: "Do these shoes match this dress?," "Which top is best for a drinks date?," "Does this outfit look good on me?" You know, some of life's toughest questions. For real though.

Okay users can create their own profiles and post pictures of their outfits, asking users to cast their vote. Their followers or "fashion advisers" will then weigh in on the fashion dilemma at hand. They can simply vote or leave comments for more detailed feedback. In addition to asking for advice, users can dole out their own. So if you've always wanted to be a guest on Fashion Police or a judge on Project Runway, this might be your new favorite app.

The app, which first launched in France, now has over 50,000 users worldwide. Should you choose to download it, your team of fashion advisers might not only include new friends from London or Paris, but could also feature the likes of Diane Kruger and Stephanie Pratt — two celebs who are huge fans of the app.