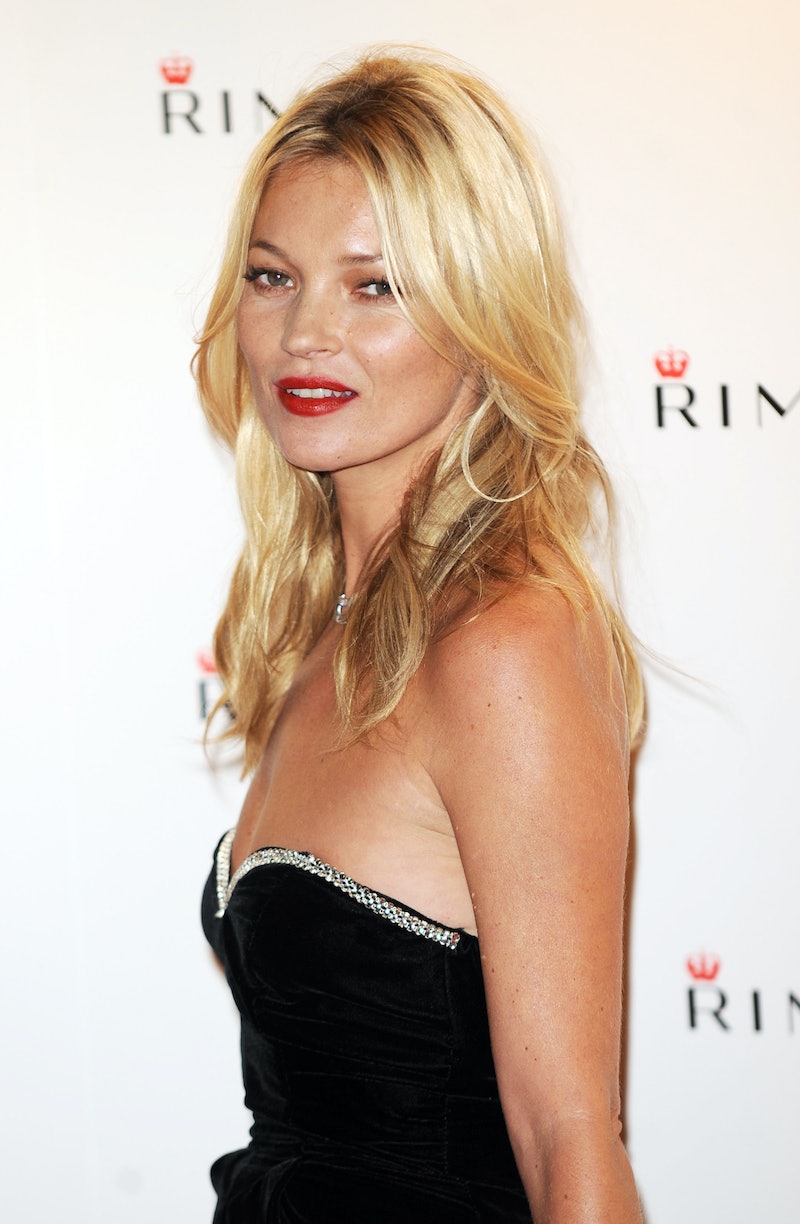 On the first day of Christmas British Vogue gave to me, a partridge in a pear tree. And two separate Kate Moss covers. (Squeels with delight). Vogue UK unveiled it's December 2014 issue featuring the famous supermodel on two very different covers shot by Mario Testino. And if that wasn't enough to cement her iconic reputation, this will mark Moss's 36th cover for the magazine. So she basically won high fashion.

One cover features a more natural Kate, with fresh make-up and messy hair, very Bardot-esque. But the other is markedly different, with the British model vamping it up in smokey eye-makeup and a sultry lip pout. And, as per usual, she effortlessly evokes both styles, proving her versatility once again. If two covers weren't gift enough, British Vogue has revealed that the entire December issue is centered around Miss. Moss, including an 11-page editorial, also shot by Testino.

So what else can you expect to find inside? A portfolio of up-and-coming stars hand-picked by Kate herself, an editorial featuring the most influential men in her life, and even an inside peek at the model's home, including a look at her closet. Clearly, British Vogue understands what will sell glossies.

You can make your choice between natural-or-seductress Kate when the magazine hits newsstands on November 5th.