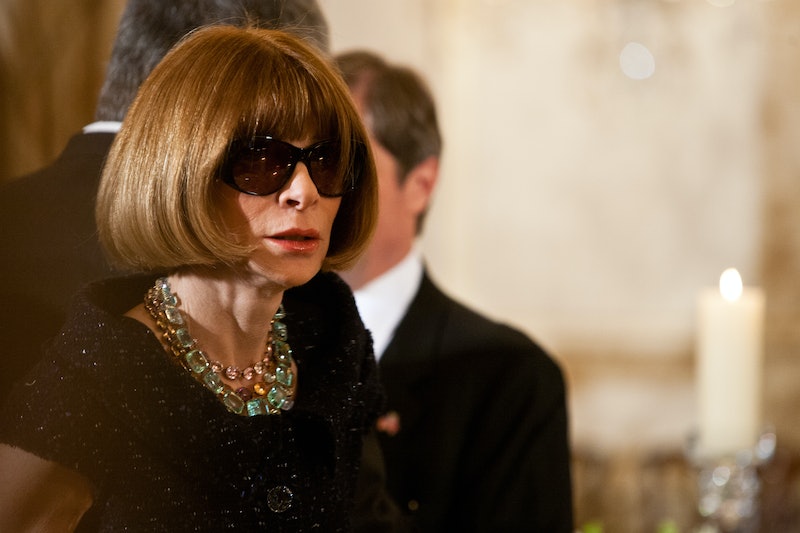 It's been two weeks since the beloved and respected Oscar de la Renta passed away. In the days since, celebrities and fashion icons alike have come forward via social media to publicly pay their respects to the famous designer in their own individual ways. Anna Wintour, dear friend of de la Renta for many years, said goodbye through a moving account of their friendship that was posted on Vogue. Celebrities from Taylor Swift to Joan Smalls to Rebecca Minkoff took to Twitter to mourn the loss of Oscar. Everyone who played a part in the fashion world, and even those of us who simply appreciated the power of a beautiful, heart-stopping gown, were saddened by the loss of one of fashion's all-time greats. De la Renta's private funeral was held on Monday in the Upper East Side of New York City, with Hilary Clinton and Wintour among those that spoke during the ceremony.

Celebrities who attended the funeral ranged form Hugh Jackman to Matthew Broderick to Diane Sawyer, but only a select few were chosen to read or speak during the funeral. While Clinton joined former Mayor Mike Bloomberg and Henry Kissinger in reading selections from the Bible throughout the ceremony, Anna Wintour ended the ceremony by reciting a poem for her late friend, "He is Gone," by David Harkin.

The poem is simple, poignant, and moving, and reflected many of the thoughts that Wintour shared of her respect and admiration for de la Renta on her Vogue post. While the loss of de la Renta will most likely cause a void in the fashion world for many years to come, it seems that his funeral was filled with many people that completely understood and appreciated the broad, amazing scope of his talent and character — a true reflection of how remarkable of a person de la Renta truly was. Below is text from the poem read by Wintour.

"You can shed tears that he is gone

Or you can smile because he has lived

You can cry and close your mind, be empty and turn your backOr you can do what he would want: smile, open your eyes, love and go on."