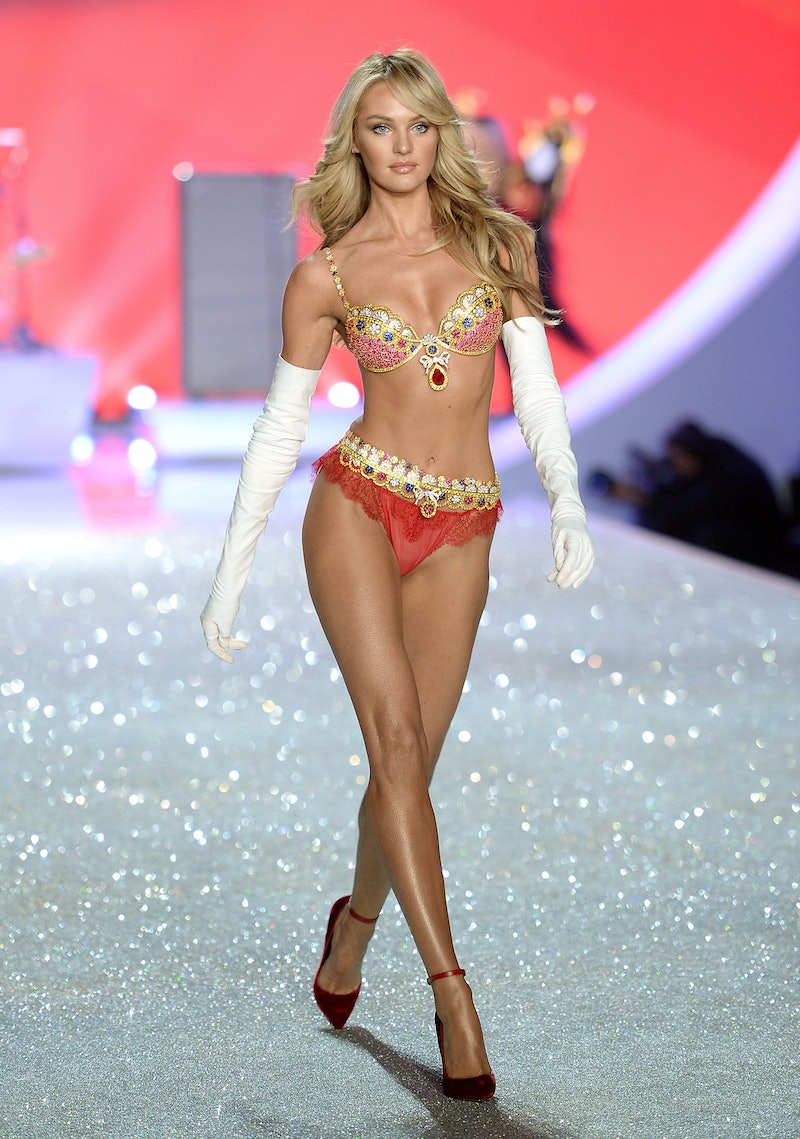 So this is how Victoria's Secret economizes. Candice Swanepoel modeled a spectacular $10 million fantasy bra for last year's show, but where do you go from there? $15 million? $25 million? Well, let's get real, the economy is what it is, and that's just a bit outlandish. So this year's fantasy bra is valued at $2 million, but hold on — there's going to be two of them. And VS has chosen two of their most iconic angels to strut them down the runway.

Alessandra Ambrosio and Adriana Lima will be wearing the fantasy bras for the December 2014 VS Fashion Show in London. The bras were crafted by Pascal Mouawad and have diamonds, rubies, and sapphires sewn together. Each lingerie set has 16,000 perfect gems and an 18-karat-gold-strung jeweled body piece to accompany it, for a slightly more exotic take on the fantasy bra. All-in-all, the designs took more than 1,380 hours to create. Well, I guess they call it fantasy for a reason.

It's the first time Victoria's Secret has had two fantasy bras for their show, so I'm anxious to see how they will unveil them on the runway, as well as what the theme of the section will be. But one thing is for sure — the Brazilian models will have no trouble pulling them off.