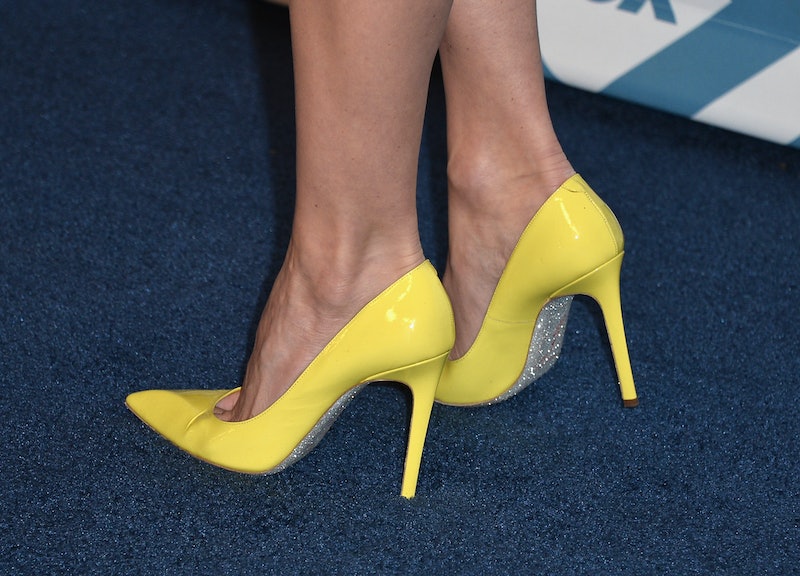 If you though your last night out was bad, you've got another thing coming. A woman was stabbed with a stiletto while attending a bachelorette party at Manhattan's upscale Gansevoort Hotel. Bet that time you threw up all over the front of your $25 Forever 21 party dress while talking to a cute guy doesn't seem so terrible now, does it?

Here's the scoop, courtesy of the New York Post: This past August, Amanda Keisoglu, 26, went to her cousin's bachelorette extravaganza at Plunge, the Gansevoort's rooftop bar, probably not expecting to be violently attacked by a stylish shoe. But, alas, a Belgian tourist by the name of Marie Thys had other plans.

Thys allegedly tried to pick all sorts of fights and became enraged after Keisoglu ignored her. “I felt my wrist get pulled, and it forced me to turn around,” Keisoglu told the Post. “Then she kicked my inner thigh.” The heel of her shoe embedded itself into Keisoglu's thigh, leaving behind a severe puncture wound that was too deep for stitches. Now she's suing the Gansevoort Hotel for $5 million dollars, claiming the hotel staff could have done more to prevent the incident. Which, I mean, probably. If a customer is so violently drunk that she's actually getting physically violent, that would be a good time for venue staff to incercept, no?

From the sound of things, Keisoglu actually has a chance of winning this. The Post reports that:

[Thys] “was visibly intoxicated for several hours prior to the attack” but the bar continued to serve her, failing to give her the boot even though she was “belligerent and violent against other ­patrons for some time prior to the attack,” according to the Manhattan Supreme Court papers.

I guess this gives new meaning to Christian Louboutin's infamous blood red sole, huh? At least we all have a great excuse for staying in with Netflix every Saturday night until forever. "Oh, I can't go out. There are stiletto stabbers on the loose. Better watch 75 hours of Gossip Girl instead, just to be safe."

More like this
Chris Kaba's Family Continue Fight For Justice After Viewing Police Bodycam Footage
By Sophie McEvoy
These 2 Women Could Be America’s First Lesbian Governors
By Tess Garcia
The 5 Best SLS-Free Toothpastes, According To Dentists
By Amy Biggart and Danielle Calma
TikTok's Butter Board Might Be The New Cheese Plate
By Emma Carey
Get Even More From Bustle — Sign Up For The Newsletter