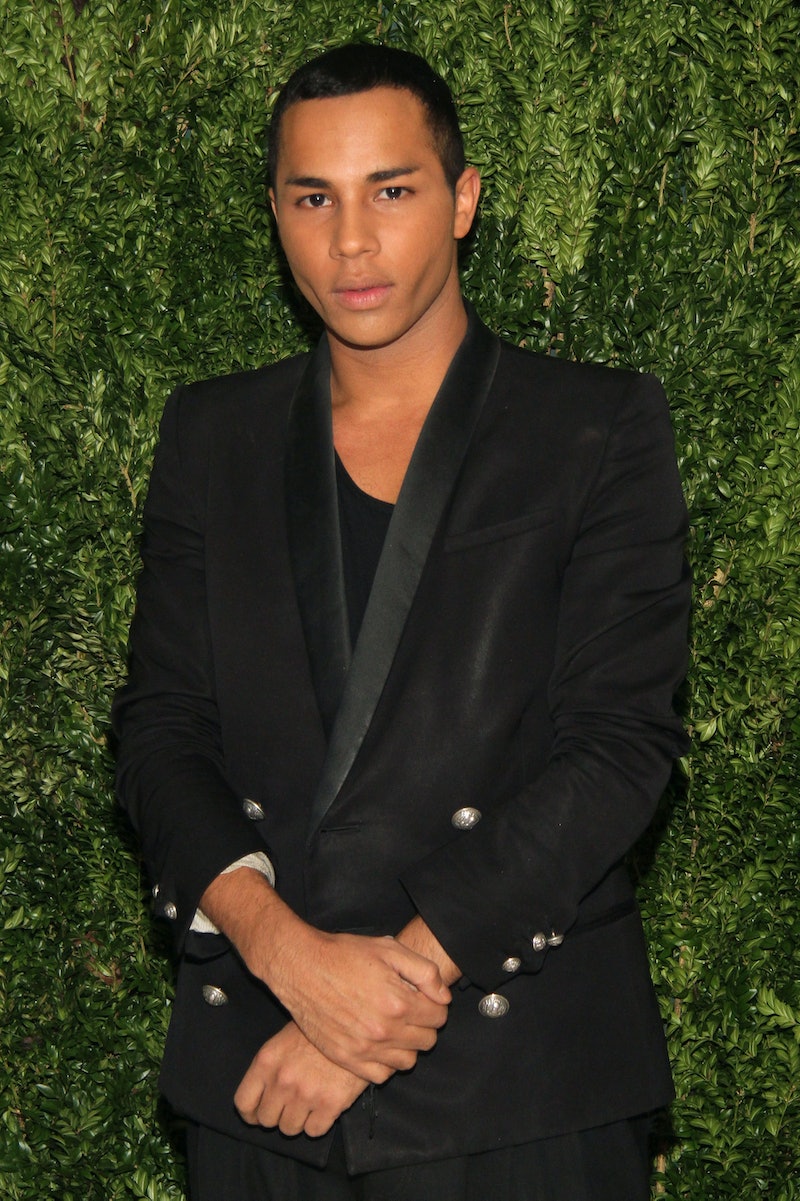 I am forever in pursuit of the perfect cheekbones. Along with immaculately sculpted brows, they do so much to frame your face. I'm not about to go get cheekbone implants, but I do experiment with contouring. While Kim Kardashian, the queen of the technique, has always been my muse for playing up this particular feature, I've realized that I've been looking past an even better example of flawless cheekbones — her Balmain BFF, Olivier Rousteing.

The French fashion house's creative director doesn't play them up with makeup, as far as I know, but they're almost too perfect — it's as if Kim K herself (or her "glam squad," at least) has been painting them on his beautiful face. In the words of Irene Adler in the BBC drama Sherlock, "Look at those cheekbones. I could cut myself slapping that face." True, Benedict Cumberbatch (AKA Sherlock) does have pretty incredible cheekbones, but I still think Rousteing wins here. I just can't believe I never noticed them before in a Kardashian Instagram (because, yes, I follow them all. Jenners too. Don't judge me.)

See for yourself — I'm pretty sure Rousteing's cheekbones are really what's running the Balmain Army, if not the world.

Is it just me, or did Rousteing look a lot like Corbin Bleu when he was 17 (but with better cheekbones, of course)?