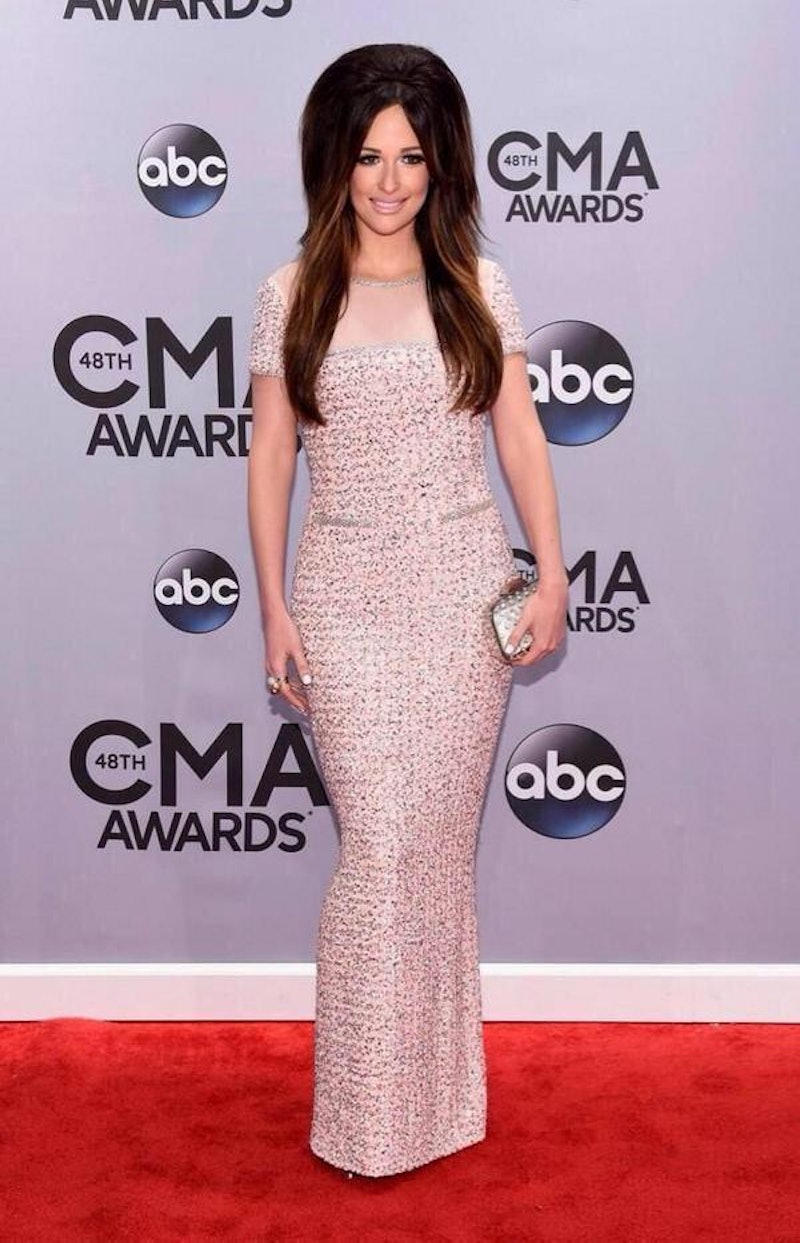 When I first saw a photo of Kacey Musgraves at the CMA Awards tonight, I honestly thought she was wearing a hat from far away. Upon closer inspection, though, I realized that I could not have been more wrong. What's really happening here is possibly the biggest hair a country music award show red carpet has ever seen, and that is saying something. Truth be told, I am definitely not a fan.

Here's my rule of thumb (and by rule of thumb, I mean a rule I just made up after I saw this hairstyle.) If your hair measures up to be more than two thirds of the length of your face, it's too much, honey. And what's really too bad is that she's wearing such a beautiful dress and her makeup is absolutely flawless, but both of those ensemble elements are hardly noticeable beneath all that hair.

Now, call me a conspiracy theorist, but maybe she's hiding something in all updo. A bottle of wine? A sweater in case the auditorium gets chilly? Or, maybe she's preparing herself for a quick and sneaky getaway — as talented as she is, in case she doesn't win an award tonight, she could probably sneak a trophy out. Or, maybe it's one of these things...

Because we all know that tan little munchkin didn't really go anywhere when Nicole "Snooki" Polizzi became a mom. And the hair similarity is uncanny.

Can't you just picture four or five of them stacked up underneath her locks? The shape makes sense, and who could blame her for bringing a little snack into the awards show. I'd probably do it too.

The poor little guy is probably curled up in there afraid of all the hooplah. Their spikes would make for a strong hold, though. And who needs a date when you have a little buddy keeping you company!

We're onto you, Kacey.

The Contents of Three Cans of Hairspray

OK, so maybe this is the most likely option. OR, maybe she's actually keeping three cans of hairspray in there just in case she needs a touch-up.

But seriously, love it or hate it, look at the intensity of this hairdo: