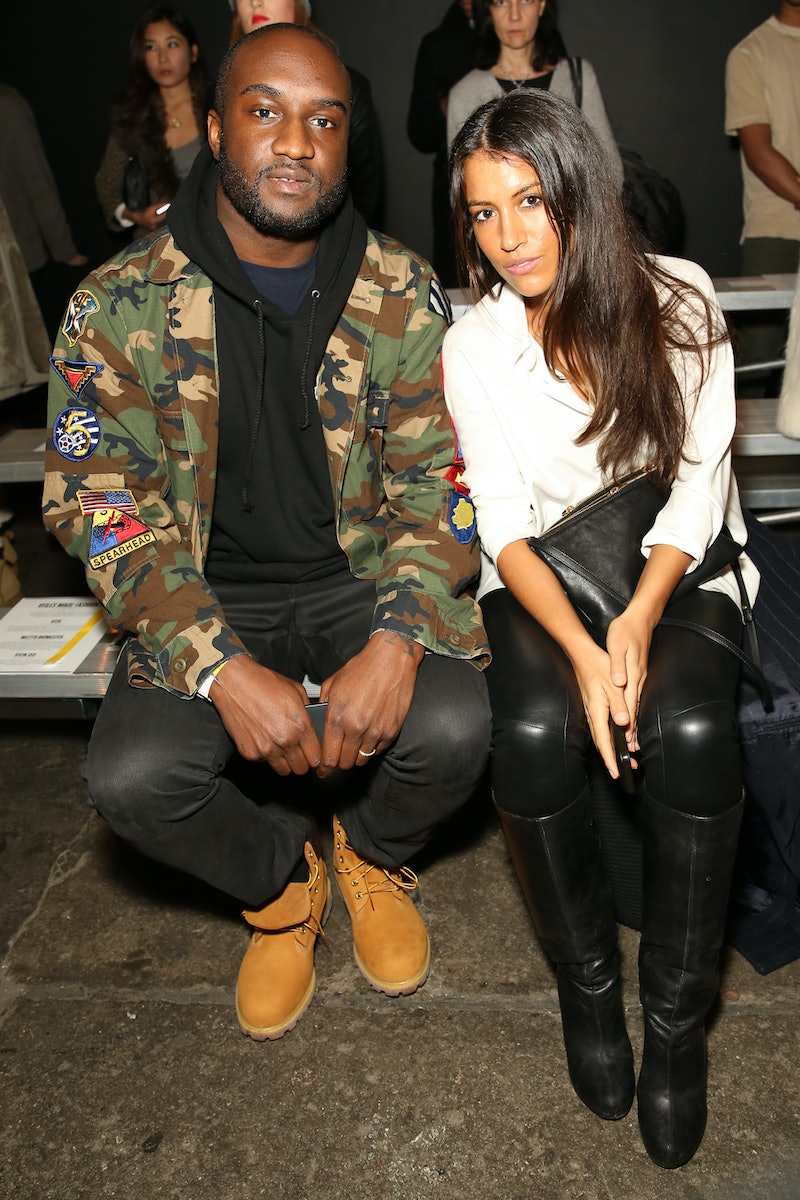 Though Kanye West fancies himself to be the most fashionable fellow since Humphrey Bogart in his iconic Casablanca trench, it seems that the rapper's so-called "Creative Director" Virgil Abloh may have the true sartorial talent. A New York Times profile by Matthew Schneier introduces the multitalented Abloh as an architect and engineer-turned-designer, who counts his label Off-White as simply one of the many successes on his resume.

Though Abloh appears to have a myriad of functions within West's empire, Off-White seems the most likely to take off separate from the singer and his projects. The multimedia website offers not only lookbook images from the line's latest collection, but also snippets of the motivation lurking behind each piece. The Spring Summer 2015 collection, for example, is entitled "Moving Still." A small blurb explains,

'Moving Still['s]' main premise is freezing a sense of motion. Inspired by the repetitive and rambunctious nature of waves Virgil Abloh aimed to capture that energy and abstracting into the clothing of the season in numerous ways.

Though the website's informal, jotted-note style of writing may invoke annoyance in grammar fanatics, it seems to make sense for a brand that is decidedly informal itself. Schneier notes that Off-White — and indeed Abloh himself — are strongly rooted in the street style phenomenon which runs rampant through modern magazine pages, but the line is meant to convey a couture element as well. Schneier relates that Abloh's diverse sources of motivation include "Baja style, Mies van der Rohe and even Martha Stewart", of which the former two are very evident; Stewart's presence is not as easy to locate in the line, but perhaps I'm not looking hard enough. Though the menswear sector is at present taking center stage thanks to Abloh's modeling of favorite looks, the womenswear offers several intriguing pieces. A white motorcycle jacket with tasseled zippers looks like it could have stepped from one of Isabel Marant's collections, and faded boyfriend jeans are evidently an anchor around which the line pivots. Is Abloh the next Alexander Wang or Hemut Lang? I'll be snapping up that white jacket while I wait to find out.