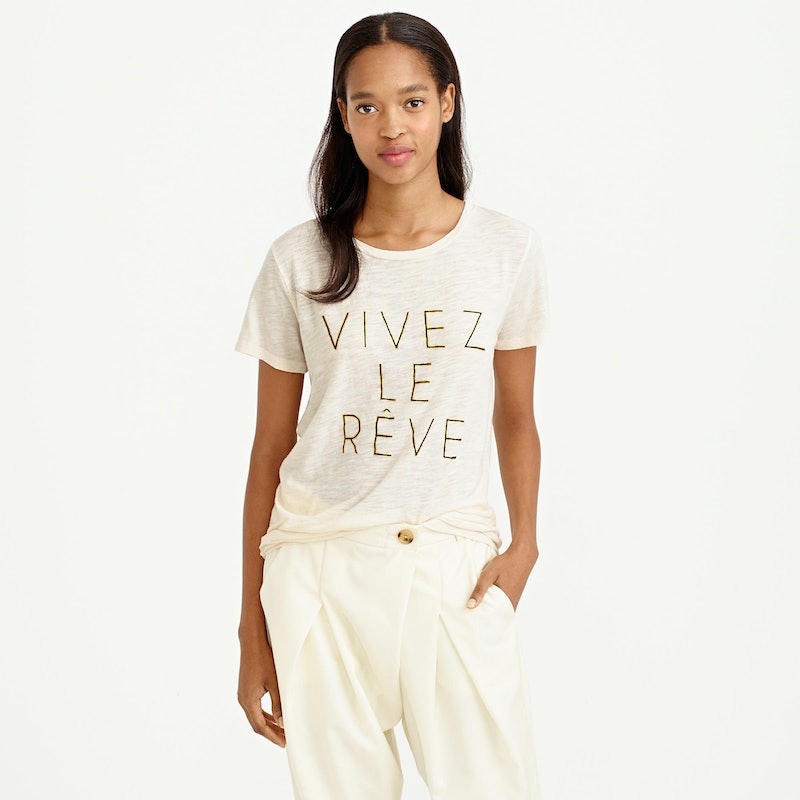 J'adore Paris... and J.Crew. After opening the doors to their first London store to some pretty eager Brits almost a year ago, the fashion powerhouse announced on Wednesday that they will be expanding their European presence with their first J.Crew store in Paris. "Oui, oui!" said the French (I'm assuming.)

The American retailer has become a cult brand in the U.S., being synonymous with clean, American style. But us Yanks aren't the only ones obsessed. For years, NYC tourists have flocked to J. Crew stores to get their hands on the goods. So an international expansion in Europe seemed obvious. "Paris is one of the great fashion and consumer cities in the world, and lots of French customers are shopping in our New York stores — it wasn't a difficult choice," J. Crew CEO Mickey Drexler told WWD.

With a solid French fan base in their online and flagship stores, plus the brand's obsession with French-inspired designs, the stars seem to be aligned for J. Crew's first Paris store, opening on Rue Malher of Pari's Marais neighborhood in March with 1,830 of heavenly shopping space. The company also plans to open a smaller men's store in the same neighborhood come next September.

Ambitiously, the company also announced their plans to open a fifth J. Crew store in London on the famed Marylebone High Street, despite complaints that the brand's UK's prices are about 20 precent higher than those in the U.S. “Every [company] in the world prices differently country by country, and that just drives customers to buy more in their home market," said Drexler when questioned about the price discrepancy. French Translation: Ehh, c'est la vie.