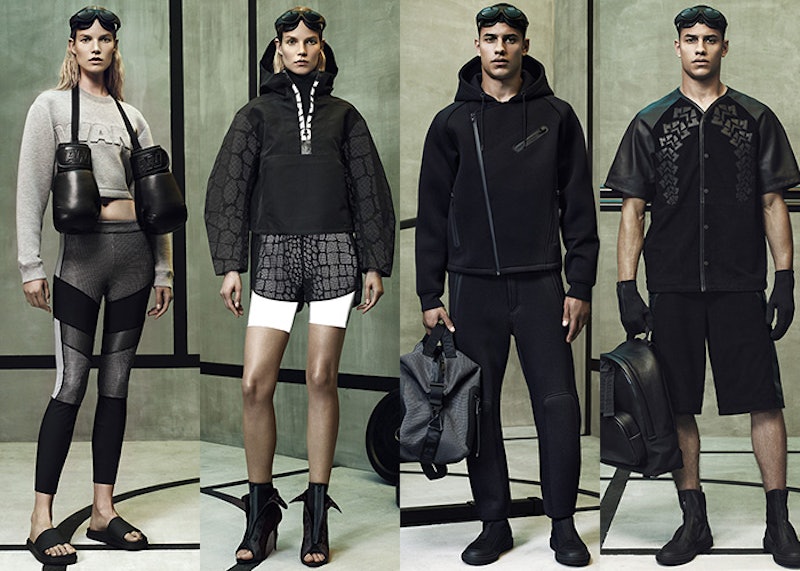 Guys, I know we're all really excited about scoring Alexander Wang goods on the cheap, but can we not fight about it? According to The Cut, there was at least one physical fight at the Alexander Wang x H&M launch. Why anyone would come to blows over a bunch of clothes that say "WANG" on them, I don't know. But it happened. We let it happen. Fashion should be about love, not war!

Both The Cut's Veronique Hyland and Sophie Henderson of U.K.'s Sun reported that one, possibly two instances of physical violence took place at H&M locations carrying the Alexander Wang collection. One alleged incident was between two dudes battling it out for Wang's menswear offerings, so take that, everyone who thinks fashion is "a girl thing."

The details are decidedly fuzzy. Hyland mentioned an Instagram video showing one of the altercations, but it has since been taken down, along with Nico Bellay's tweet reading "Good thing they're selling Wang boxing gloves." But I don't really care about the details. I care about people not punching each other over clothing. This is coming from someone who once had a mini-meltdown when I thought I'd lost a $5 ring from Charlotte Russe (it's a pretty great ring, okay).

My own personal feelings about those "WANG" beanies aside, no designer is worth assaulting a fellow member of the human race. There will always be another high-low collaboration for which you'll wait in line for several hours hoping to snag some pieces before they all sell out. We can't just go around hitting people over all of them. I don't think Alexander Wang intended for his boxing gloves to be taken so literally.

Would you punch someone over this dress????

Let's all vow not to let common courtesy fly out the window in the face of an Alexander Wang sports bra!