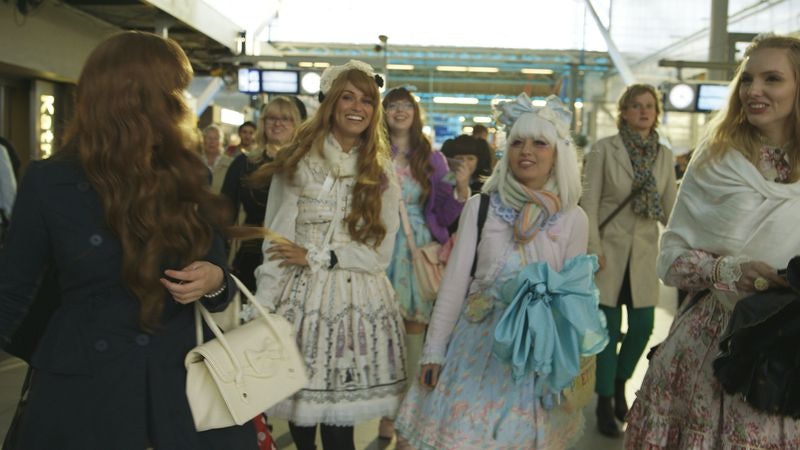 It's time to let go of our cultural stereotypes and assumptions. A new video on Refinery29 shows that Lolita style isn't limited to the Asian community, and the style has now become influential enough to transgress continent lines.

For those who haven't heard of this fashion trend before, Lolita the style (no, I'm not talking about the infamous Vladimir Nabokov novel) originated in Japan in the 70's. It was started as an outlet for women who were not comfortable showing off their bodies to set their own rules about dressing, taking a markedly more traditional and modest approach. Among the defining characteristics of the style, you'll find ruffled petticoats, lace hair bows, and pink parasols — and, as we've come to believe, an Asian following.

But Refinery29's new video series, Style Out There, found a group of women in Amsterdam making the Lolita style their own. They found that the female-created subculture empowered them with a new sense of confidence, so clearly, style can defy cultural boundaries. It's a pretty cool video that gives viewers a taste of style far beyond our sphere of influence, which it's all to easy to limit ourselves to. The series has so far traveled to Brooklyn, South Korea, and will be tackling India and Africa next.