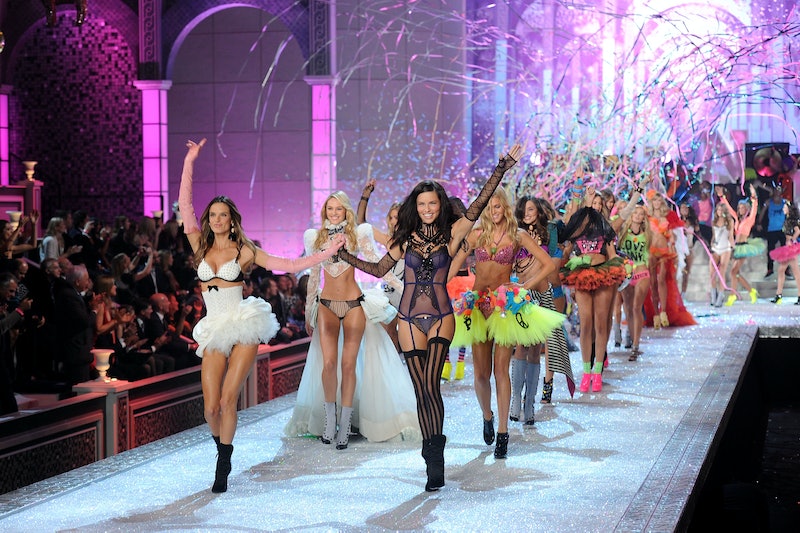 Victoria's Secret is experiencing a lot of shake-ups this year. From moving the runway show to London, to the backlash over their Perfect Body ad campaign, and now the departure of two of their most iconic angels. Yes, that's right, Page Six has reported that Adriana Lima and Alessandra Ambrosio will be retiring their angel wings after the show. All this change is just too much.

I thought it was slightly odd that VS was featuring two fantasy bras this year, but it's now starting to make sense — they're giving the famous angels their swan song. This certainly isn't the first time we've had to bid farewell to our favorite lingerie models. Miranda Kerr, Rosie Huntington-Whiteley, and Gisele, to name a few, have all moved on to bigger and better things, so it was only a matter of time before more angels followed suit.

Though VS has yet to comment on the departure or give us any possible reasons as to why the models are parting ways with the company that made them famous, Ambrosio has just released her own swimwear line, so continuing to model bathing suits for VS could pose a conflict of interest. Whatever direction they go, I'm sure we'll be seeing many more great things from the models in the future, and it just opens up room for a new crop of angels — Kendall Jenner might be up for the task?