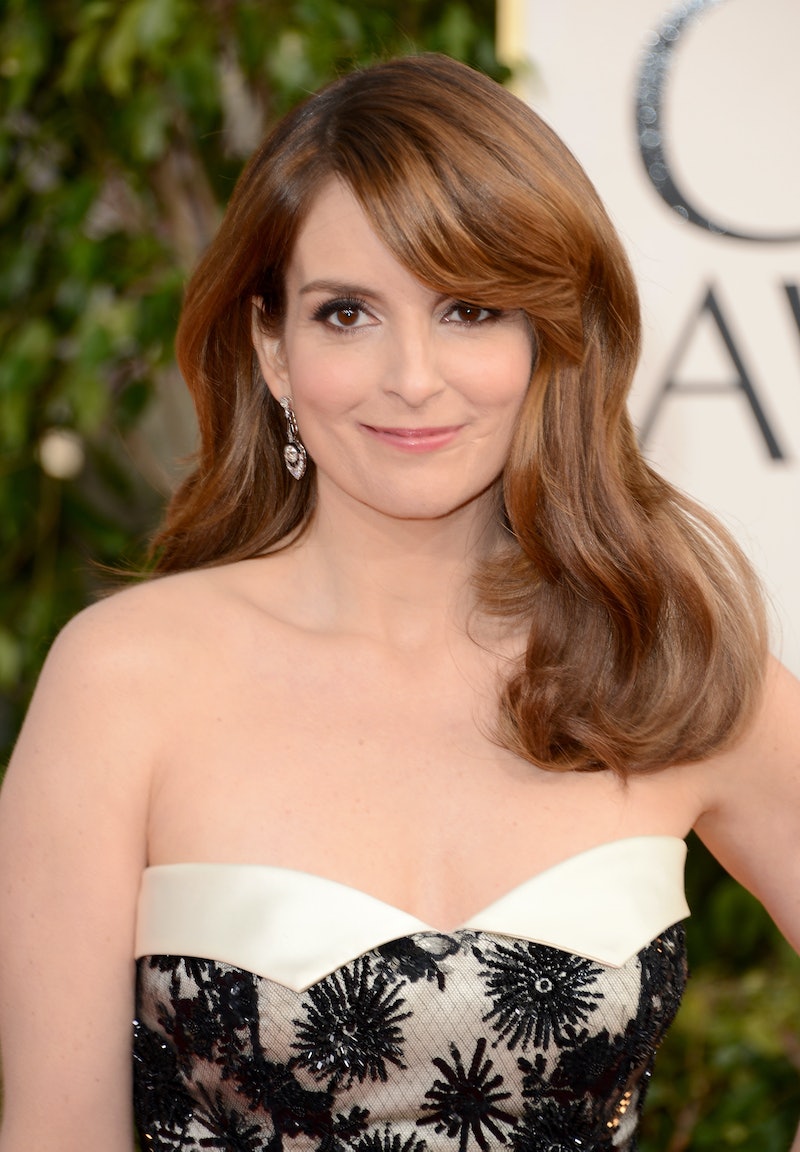 Aside from being a comedic genius, a champion eye-roller, your fantasy best friend, and the mother of the Werewolf Bar Maitzvah song, Tina Fey has the hair of a mermaid. Like some mystical creature out of a Hans Christian Andersen story, her thick, luscious locks are a glossy apparatus of self-generating wind. Let’s chalk it up to karma, genetics, and potentially tripping into a puddle of plutonium that transformed her head into an extraordinary bed of buoyant tresses.

I could go on about Fey’s influence as a cultural figure forever. She’s one of the funniest people who ever lived, an endless well of wisdom, and has been a pivotal figure in breaking the glass ceiling for women in comedy. In addition to all of those things add to Tina's Goddess-factor, I can appreciate that she has a mane of otherworldly locks that glisten like a tropical sea in the sunlight. Just saying.

In the past, Fey been candid about how the Magazine Tina with perfect hair isn't the every day Tina, and that people shouldn't view photo-shopped, professionally made-up images of humans as reality. After all, there are battalion of professional hairstylists and colorists at her disposal during shoots who sculpt her hair into the buoyant locks we know. Still, her hair always looks particularly good in a way that leads me to think she may be at least 1/4 water nymph. Let's recount some of those instances:

She's got some good hair and she knows it.

As she flips her hair to and fro, sunbeams shoot forth from each strand.

When she hosted the 2014 Golden Globes

Her hair becomes effusively happy at the prospect of hanging out with Amy Poehler.

At the Mean Girls Reunion

Totally over having the best tresses on set.

The Entirety of This is Where I Leave You

These undulating waves are not of this Universe.

In the American Express Commercials

Note the slow-motion hair bounce as she walks the streets of New York pensively.

This detail shot from the 2011 Golden Globes

Her crowning glory is like a range of of auburn sand dunes.

At this press conference

Her mane is genetically predisposed never to have a hair out of place.

That time her bestie Amy Poehler got lost in it

Think of the French Braids that can be given!

The higher the hair, the closer to god.

Forget all other hair-inspo models. Give me "Lemon" or give me death.