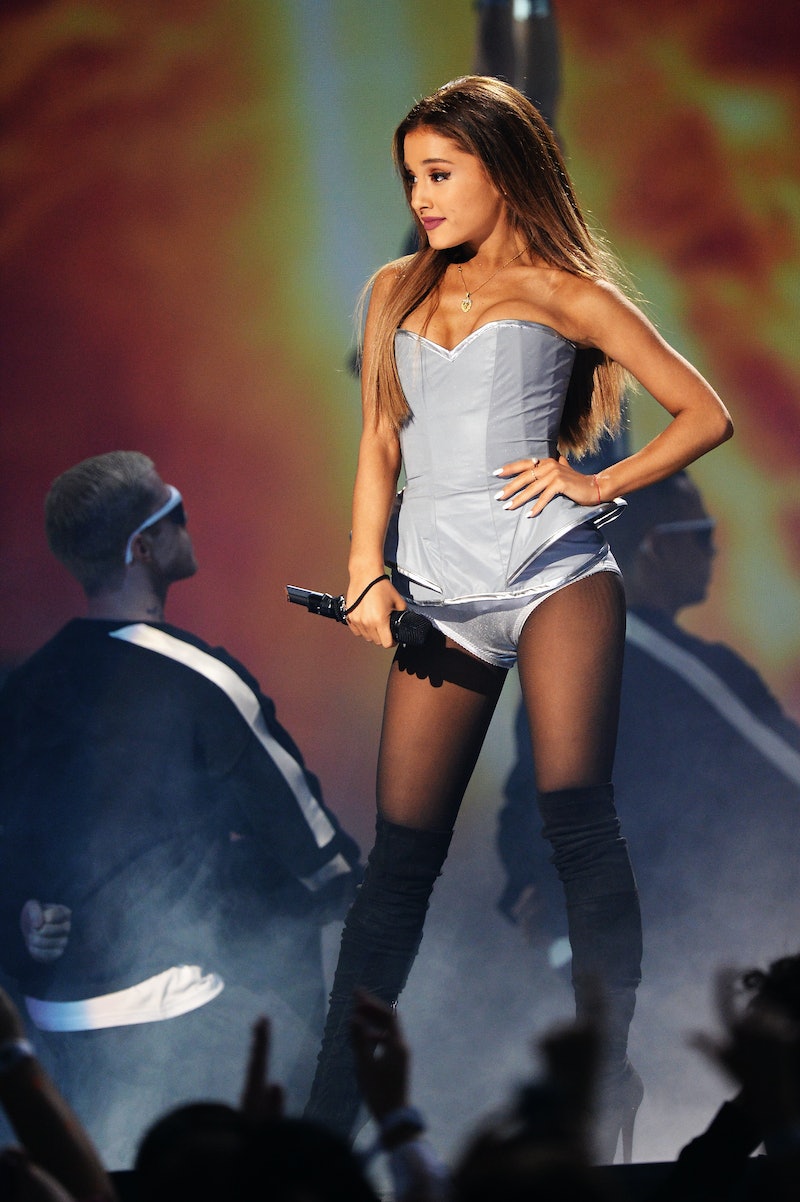 Could it be? Has the signature half-up, half-down ponytail been retired for good? At the 2014 MTV EMAs Sunday night, Ariana Grande wore a center part paired with long, straight hair. It's no massive departure from her usual 'do, but for someone who's worn the same style almost every day for the past... well, since we've known her, this is a pretty big deal.

With her newest album, My Everything, being released just a couple of months ago, Grande, who got her start in the teenage world of musical obsessions, is officially becoming a household name. That sort of success means more time in the spotlight, and, perhaps, a need to reinvent her look to break free from her Nickelodeon beginnings. The high ponytail was cute, sure, but if "The Next Mariah Carey" wants to move away from teeny bop and into the mainstream, her strands could be a great place to start.

Just switching up the look once in a while shows a sense of maturity developing in Grande: She admitted as recently as January 2014 that she felt insecure wearing any other hairstyles, especially after damaging her locks with all the red dye needed to play Cat Valentine on Victorious. The fact that Grande's been playing around with new looks as of late signals an awesome self-confidence boost.

Here she is at the EMAs, with that fierce center part, sleek strands, and a seriously sultry floor-length gown.

Grande definitely looks like a grown-up, wouldn't you say? She also performed at the award's show, donning a hot little ice blue number that paired just as well with her new 'do.

What do you think? Are you loving Ariana Grande's mature new look? I, for one, am definitely a fan.