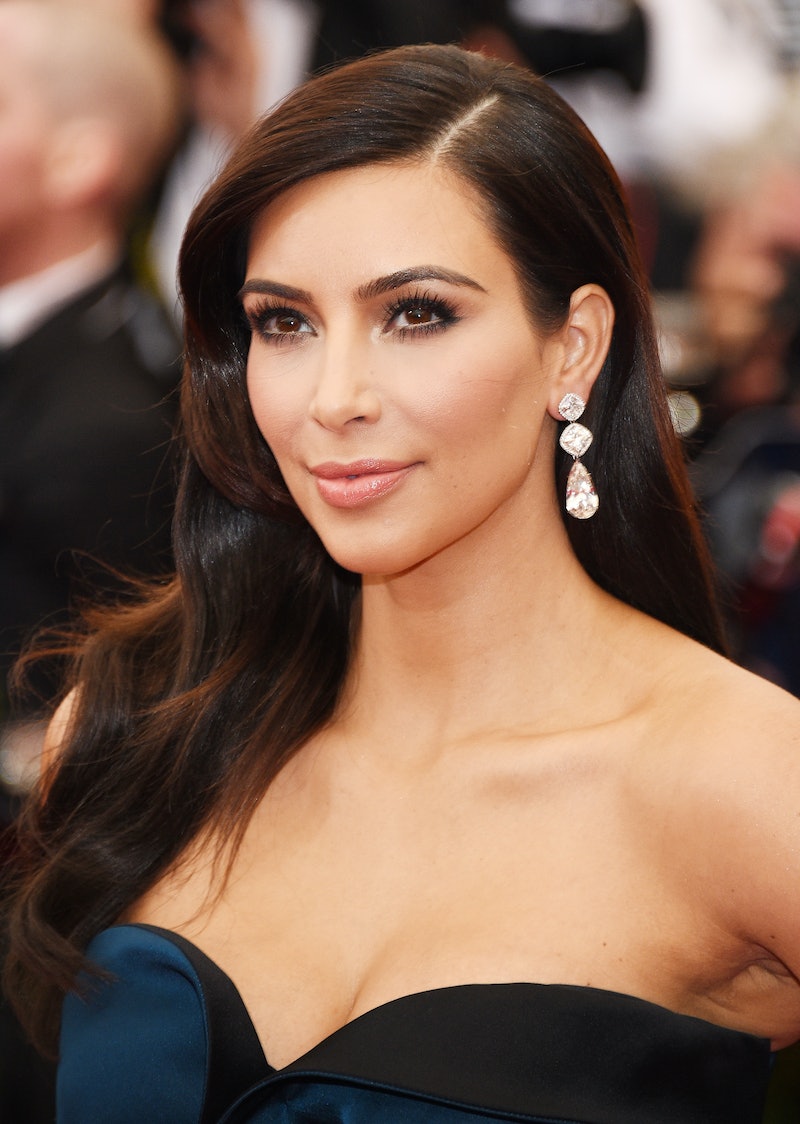 Hate her or love her, there's no denying that Kim Kardashian West is a true beauty. The reality-star-turned-entrepreneur's face is pretty much everywhere, from the TV to the magazines, and all the blogs and ads in-between. She's had a huge impact on the world of fashion and beauty, without having to do much — her looks alone have single-handedly caused an uptick in plastic surgery across the seas. But at the end of the day, even the world's most idolized star has her own beauty icon. According to the Daily Mail, Kim Kardashian looks up to supermodel Kate Moss. Kim K. — she's just like us!

It was at the UK launch of Hairfinity, the Kardashian-backed hair-lengthening product, that she revealed how much she admired Moss. "I love Kate Moss. I love how she wears her winged eyeliner and her messy hair and how it looks so effortless but still put together. It looks beachy and messy at the same time; I love her glamour."

Is her girl crush her own or was it influenced by hubby Kanye? After all, he's always been a fan of the British beauty. In case you've forgotten, he rapped "You could be my black Kate Moss tonight," on his 2007 hit "Stronger." But I'd argue that it's an admiration she's developed on her own over the years (like so many of us have). Unlike us, however, Kardashian has the ability hire Moss' favorite makeup artist Charlotte Tilbury for a little Moss-y makeover, like she did just last month.

Also, unlike us: Kardashian is friends with her beauty icon. Here's a picture of them canoodling at a party in Ibiza.