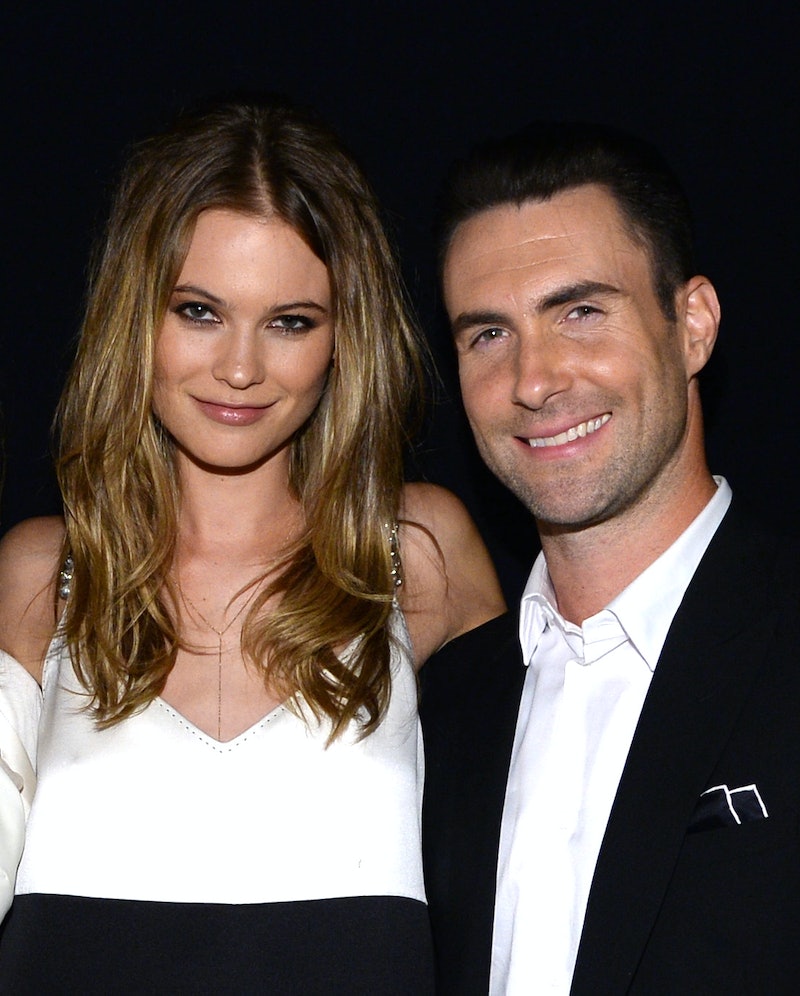 Could there be a new wedding trend on the horizon? Behati Prinsloo got her wedding ring tattooed, so I guess this means she's really committed to her husband, Adam Levine. And she's low-maintenace. So that makes her even cooler.

Prinsloo decided to tattoo three dots on her left ring finger in lieu of a traditional wedding band. "I wanted a ring, but everyone is doing the ring, so I did three dots," she said in an interview with Yahoo Style. But the 25-year-old isn't just immortalizing her man on her body, because the ring represents more than her marriage. "It means being one with the earth," she said. Though she's still wearing her stunning, vintage engagement ring, she can still have a reminder of her vows right there on her finger when she takes it off. It seems like her low-key approach to wedding jewelry is definitely a trend that can be feasibly emulated.

The model's unconventional choice is certainly admirable, both in the sense that it's economical (yay), and that she's brought a bit of herself into the tattoo. It isn't entirely about another person (knock on wood, if something were to go wrong and cause a split), but it's also a symbol of something exterior of the marriage that holds deep meaning to her.

I'm sure men would certainly not be sad if more women chose to forgo precious metals in favor of ink.

More like this
12 Absolutely Angelic Cherub Tattoo Designs
By Paris Giles
Everything You Need To Know About Ephemeral Tattoos
By El Hunt
Hailey Bieber’s Moody Black Mani & Vampy Lips Are Peak Fall Vibes
By Audrey Noble
Bella Hadid's Best Runway Looks From Paris, Milan, & More
By Allie Fasanella
Get Even More From Bustle — Sign Up For The Newsletter