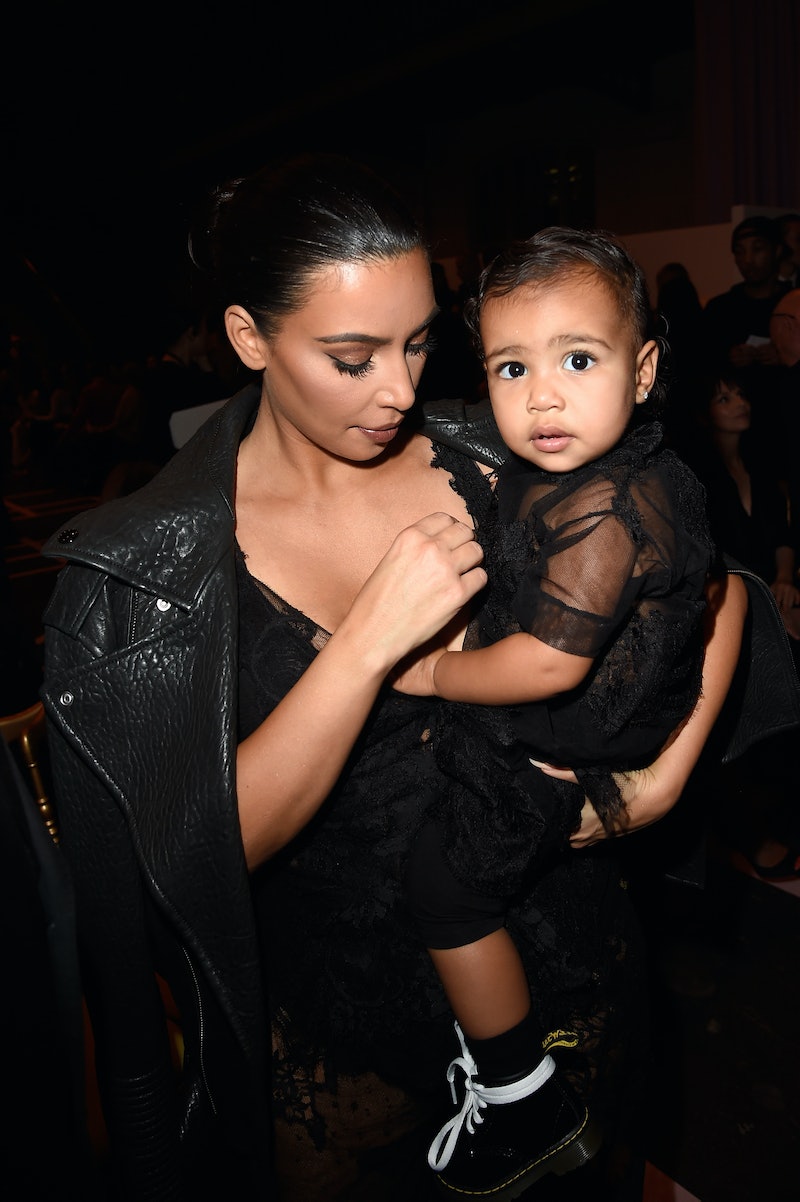 Several weeks ago, Kanye West gifted his wife an Hemès purse "designed" by their daughter North. Now the infamous bag has been spotted! Kim Kardashian sported the hand-painted Hermès Kelly on a recent outing with Kanye. Does the bag look like it was done by a one-year-old? Well, yeah. Thierry Hermès is rolling over in his grave right about now.

On Monday, Kim Instagrammed a photo with the caption "Me & my bae out today. Wearing my favorite bag painted by my little North." In the picture she wears a long grey sweater over a tight midi dress, nude sandals, and the colorful Kelly. The bag, which was originally two-tone brown and ivory leather, now looks like the wall of a pre-school classroom.

The almighty Yeezus had North West finger-paint the flashy handbag as 34th birthday gift for Kim, who was infinitely impressed by her daughter's handiwork. "I thought it was an artist that painted the purse, some custom thing," she told the press, "I thought it was some new artist, and it was my daughter." It's definitely a sweet story, but there is something so absurd about the idea of allowing your toddler to go ham with the art supplies all over a multi-thousand dollar purse.

Ridiculous wealth and privilege aside, the colors on the Kelly bag actually rescue this totally boring outfit and make Kim seem trendy. Perhaps North West's artistic talent is the best thing that could have happened to her mother's wardrobe?

More like this
Kim Kardashian Wore 3 Different Outfits Yesterday & They're All So Good
By Dominique Norman
How To Wear A Bucket Hat Like Rihanna, Dua Lipa, & More
By Allie Fasanella
Serena Williams Looked Like Royalty In A Bodycon Velvet Dress
By Allie Fasanella
Hailey Bieber Is Making Cargo Trousers Work — Here’s How You Can Too
By Catharina Cheung
Get Even More From Bustle — Sign Up For The Newsletter