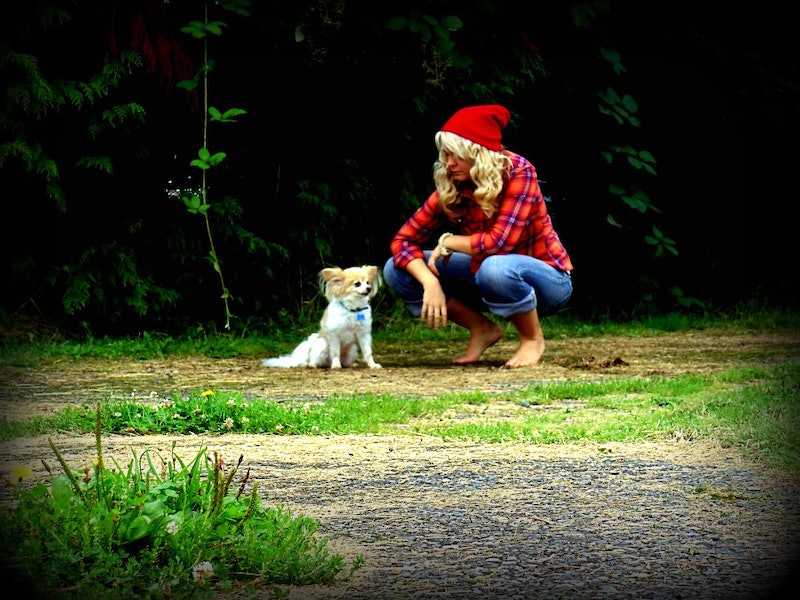 There's nothing a hipster hates more than conforming, amirite? Still though, with all those flannels and skinny jeans, well, it seems like groupthink is all to real for the hipster set. A new study done by mathematician and neuroscientist Jonathan Touboul, proves that all hipsters look alike, and explains the scientific reason why. A pretty interesting concept, as famed hipsters like Vanessa Hudgens, Lorde, and Kristen Stewart don't seem to always looks alike, do they? Well according to Touboul, when people actively try to oppose trends, they actually synchronize and a sort of "hipster loop" emerges.

In attempts to prove his theory, Touboul came up with a mathematical equation for the phenomenon and explained it in simple terms to the Washington Post so even those of us who failed high school Calc can easily understand. Basically, there are two types of people: those who go with the flow and those who like to oppose (AKA hipsters). Once a mainstream trend is recognized, people either follow it or do the opposite and hipsters are constantly fighting to be in the minority, to be different from the mainstream. The twist, however, is that people perceive the popular trends at different points in time, creating delays in what's "cool" where. As further explained in the Washington Post, "The hipsters are still recoiling from the mainstream, but each holds an outdated concept of what the mainstream is. Because they are slow to react, they end up all looking alike, and all changing fashions at the same time." A ha! So that's why when we think of hipsters, a common mental image of black-framed glasses and beanies comes to mind.

In spirit of this fascinating new discovery, here is a list of celebrity hipsters that think they don't dress like others of their kind... but really they kind of do.

More like this
Why TikTok Is Flooded With Controversial Videos About "Pick Me Girls"
By Courtney Young
This TikTok Song About An Unrequited Romance Has FYPs In Shambles
By Emma Carey
On TikTok, "Cbat" Has Been Named The Worst Sex Song Ever
By Lexi Inks
Confusion Reigns After Kanye Changes His Instagram Profile Pic To Kris Jenner
By Jake Viswanath
Get Even More From Bustle — Sign Up For The Newsletter