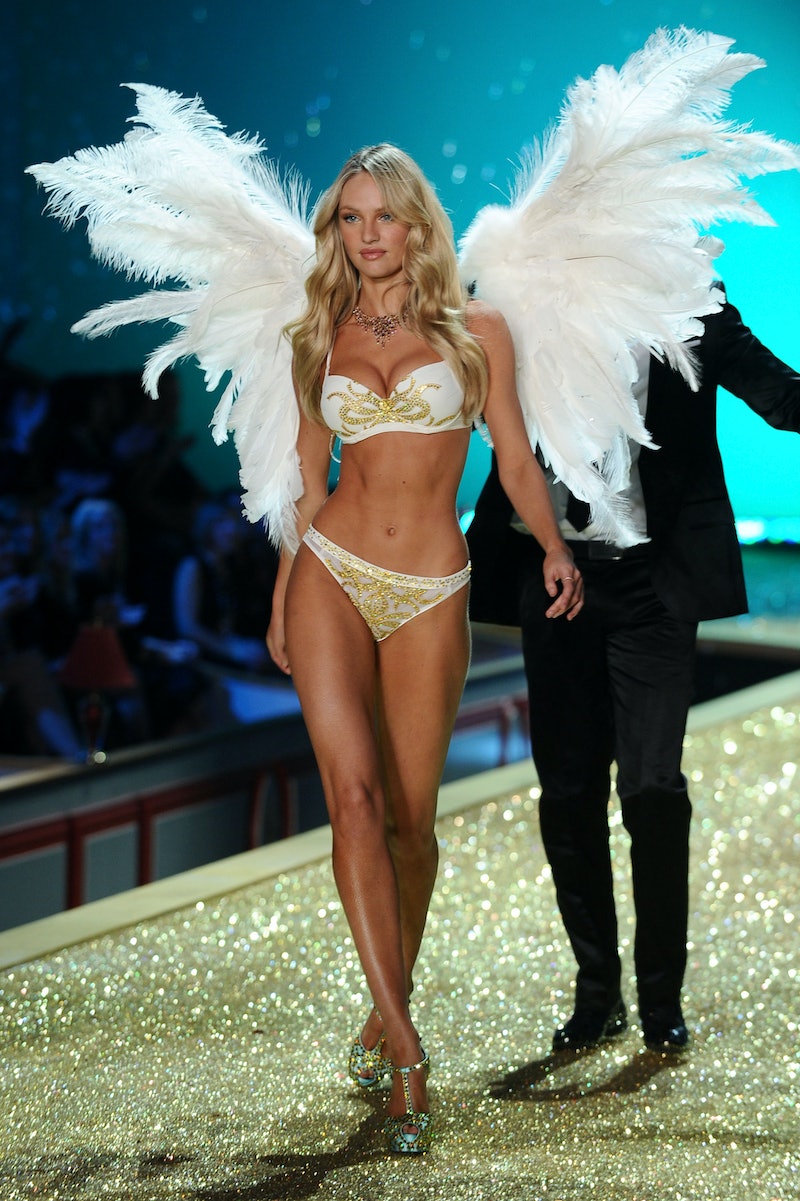 You already knew that the annual Victoria's Secret Fashion Show is a stunningly elaborate spectacle, but this look at how the Angel's famed wings are made will probably blow your mind even more. A Huffington Post writer went behind the scenes with wing designer Marian Hose, otherwise known as Killer, for a fitting with Candice Swanepoel. And these are definitely not the discounted angel wings you'll find at Spirit Halloween right now.

The operation begins when Victoria's Secret hires an artist to sketch out concepts for the wings. The designs then go to Killer, who finalizes the drawings. The plans are projected onto a screen, and the team uses a stand-in model to predict the scale. That's when the real work starts, and Killer and her team begin making the frames.

Killer uses the stand-in model to adjust the wings once the frames are finished — apparently, the stand-in model knows how to pose like each Angel, which is pretty impressive. (Can I get a job doing that?) Once the wings have been customized, fittings with the Angels themselves begin. One challenge: making sure the wings aren't too heavy to wear. The weight from all of the lace, Swarovski crystals, feathers, and other various materials adds up quickly, especially on a frame that's not so light itself. In an interview last year with ELLE.com, Killer shared that Lindsey Ellington wore a 22-pound pair in 2012. They had to sit on her hips, because her arms started turning blue when they were just attached to the harness alone. Apparently, the Angels have more challenges to conquer on the runway than I originally thought.

It would be impossible for the process of creating the wings to start just a couple of months ahead of time — in her ELLE.com interview, Killer shared that the biggest wings take up to 400 hours to make. Woah. For last year's November filming, the team started on the nine pairs in May, a full six months beforehand, and six months after the 2012 event aired.

In honor of the show being less than a month away (December 9, eeee!), take a look at my 17 favorite wings (by Hose, and Martin Izquierdo who designed the wings from 1995 to 2008) from the Victoria's Secret runway.