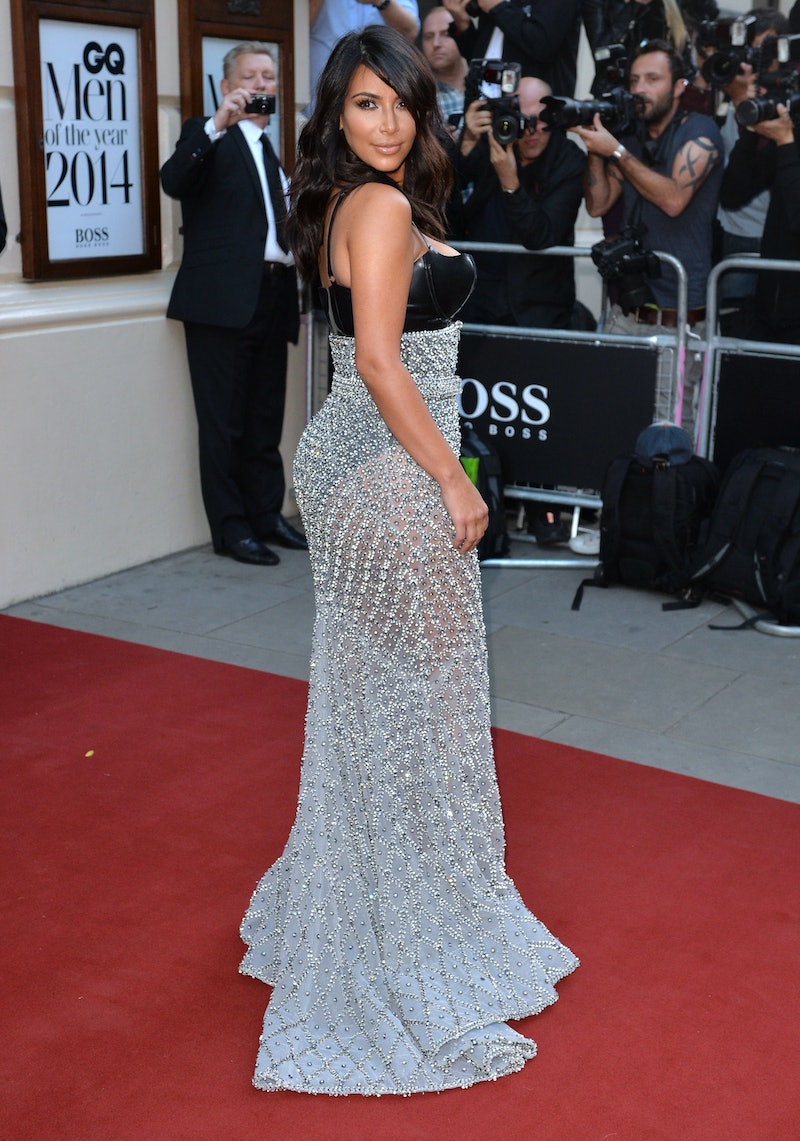 Paper's editorial director, Mickey Boardman, is speaking out about that cover. You know, the one that's breaking the internet with Kim Kardashian's oiled-up derrière? In an interview with The Cut, he shared that they knew that this shoot was not going to fly quietly under the radar (not that they'd want it to.) But, seriously — some people get way too brave behind a computer screen, and the degree of the mean comments is something he didn't quite see coming.

While they've been collecting the funny memes the cover has spawned, there are some that he's not so impressed with. "Dane Cook posted one saying that she retouched it," he says. "I just personally think that anything making fun of someone’s appearance, to me, is not funny. Especially if it’s a woman. Women get enough sh*t. Either they’re too skinny or too fat."

I think it's great that, as a man, Boardman recognizes that women deal with some pretty insane scrutiny when it comes to our bodies. However, he does point out something that's pretty disturbing, and sadly, not that surprising: most of the negative comments are coming from other women, and many of them are pretty cruel.

"It's like, 'How could you say that to her?'" he says. "To comment on anything negatively like that on anyone's appearance is so wrong and rotten to me. I just don't understand."

Agreed. I think it's time to lay off Kim Kardashian. It seems that the line between good-natured teasing and full-on hate has been crossed, and that's pretty sad. Posing nude doesn't make her a bad mom, and you know what? She probably works incredibly hard for that butt. I mean, really:

More like this
Billie Eilish Teased The Debut Of Her New Fragrance
By Audrey Noble
Lily Collins Got Shaggy Curtain Bangs For Emily In Paris Season 3
By Audrey Noble
12 Bellissima Beauty Moments From Milan Fashion Week S/S 2023
By Olivia Rose Ferreiro
Halsey Debuted A Copper Pixie Haircut, & It's Such A Fall Vibe
By Olivia Rose Ferreiro
Get Even More From Bustle — Sign Up For The Newsletter