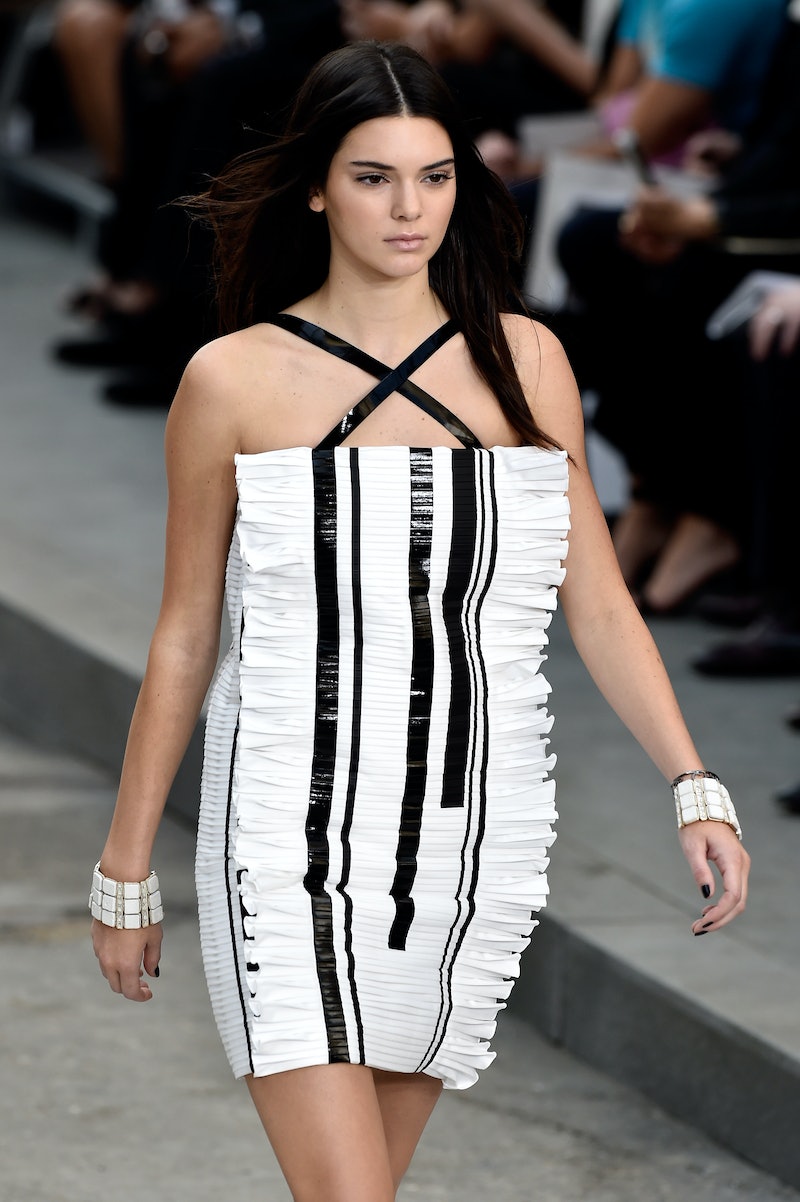 Mid-November is upon us, which means it's basically December, aka time to get excited about the 2014 Victoria's Secret Fashion Show. Bad news for any of you holding out hope that a certain member of the Kardashian Klan might surprise us last minute and don her first set of Angel wings — it turns out both Kendall Jenner and Cara Delevingne chose Chanel over Victoria's Secret. I mean, wouldn't you?

According to the New York Post, the supermodels opted to walk in Karl Lagerfeld's Métiers d’Art presentation for Chanel, which will be presented at the Hotel Schloss Leopoldskron in Salzburg, Austria on December 2nd, the same day the Victoria's Secret runway show will take place in London. Those girls might be a little bit magical, but they still can't be in two places at once. And given the choice between a storied fashion house and a lingerie label with some advertising issues, I think the right decision is obvious.

Furthermore, Delevingne and Jenner both have solid relationships with Chanel, having appeared side-by-side at the label's Spring 2015 feminist protest runway show. The moral of the story? Do not mess with Karl. If he wants you on his runway, you find a way to be there. Even if it means giving up your wings.