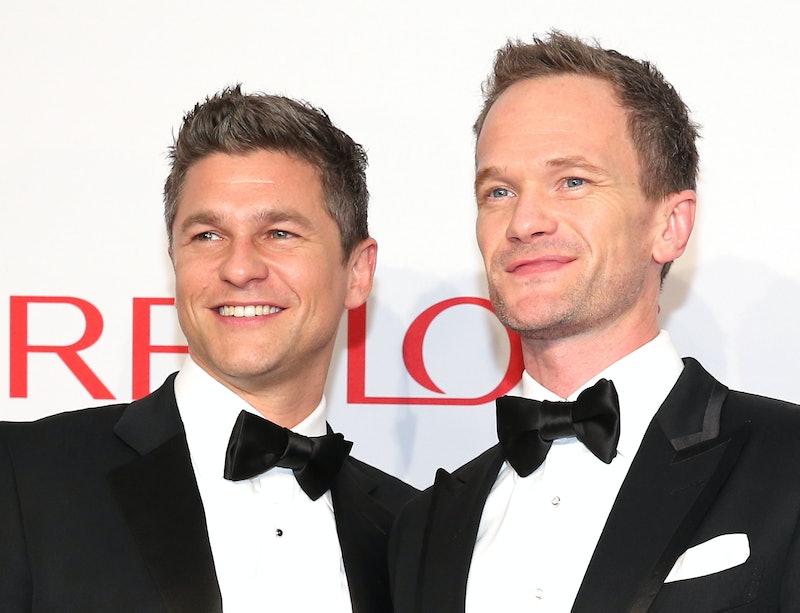 Hot off the news that he might just be People's Sexiest Man Alive (according to NY Daily News, he's shortlisted along with Chris Pratt), it looks like Neil Patrick Harris will be turning his considerable talents to modeling. Yup, London Fog just unveiled Neil Patrick Harris and David Burtka as the respective faces for their fall campaign!

This is cool for a lot of reasons: I mean, first off, the world could always use a little more NPH — and even with his upcoming stint on AHS: Freak Show (where he'll also be appearing alongside Burtka), the announcement that he'll be hosting the Oscars (huzzah!), and the fact that he just finished his stint on Broadway with Hedwig and the Angry Inch, we're still nowhere even near over-saturation (I have a theory that over-saturation isn't possible with NPH). But in addition to the fact that more NPH = a better world, there's also the kind of momentous fact that he and Burtka were hired as an example of the modern it-couple. I mean, how cool is that?

Now, I have to admit: I'm mostly familiar with the London Fog brand because of their status as one of the fictional Sterling Cooper and Partner's non-fictional ad accounts (RIP Lane Pryce), and their corresponding former spokesmodel, Christina Hendricks. But hey — if you add their ties to Mad Men to their progressive stance on the ideal marriage, you've got a pretty darn savvy brand.