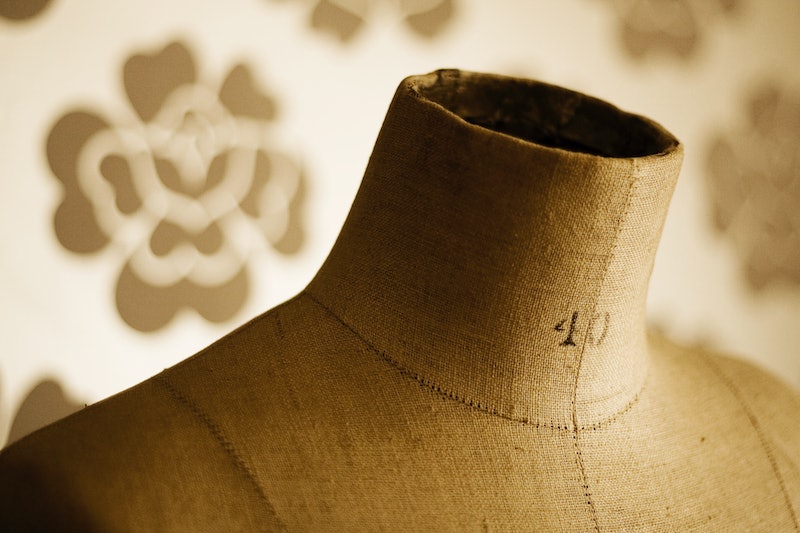 Let's admit it: Mannequins have always been a tad bit strange. In all of their idealized glory, their sometimes missing limbs, awkward poses and too big shoes can scare even the fearless. Add these encounters with the pregnant teen mannequins currently on display inside a Venezuelan mall, and you're officially committing yourself to a shopping hiatus because things have clearly gotten out of hand.

In an effort to bolster conversation on sex education in Venezuela, Reuters reports that two local charities have dressed up three mannequins with school uniforms complemented by a bulging stomach. The school-aged children wear headbands and backpacks and stand in front of a backdrop that reads "Regreso A Clases," which translates to "Back to School." Since the installation, the mannequins have been met with both praise and denouncement, bringing into question the high percentage of adolescent pregnancies in the country.

An 18-year-old told Reuters that the she thought the displays were "horrible," and if she had a child, she wouldn't want them to see it. Her friend, 20 years old, said that "it's disturbing," but "it's the truth," alluding to both the visibility of teen pregnancy in the country and the most recent U.N. data that shows 101 out of 1,000 women ages 15-19 give birth in the country in 2010.

These mixed feelings are exactly what the two charities, Fundana and Construyendo Futuros, were expecting. The president of Construyendo Futuros told Reuters: "This is such a taboo subject in Venezuela, we want people to talk about it." But, it seems that the mannequins displayed in the windows are much younger than the intended ages that the display seeks to target. One could argue that the mannequins could greatly be considered elementary students in grades lower than the eighth.

Shock value or not, the charities aren't ending their message here. The current display is expected to run for one month and then spread to other malls around the nation.