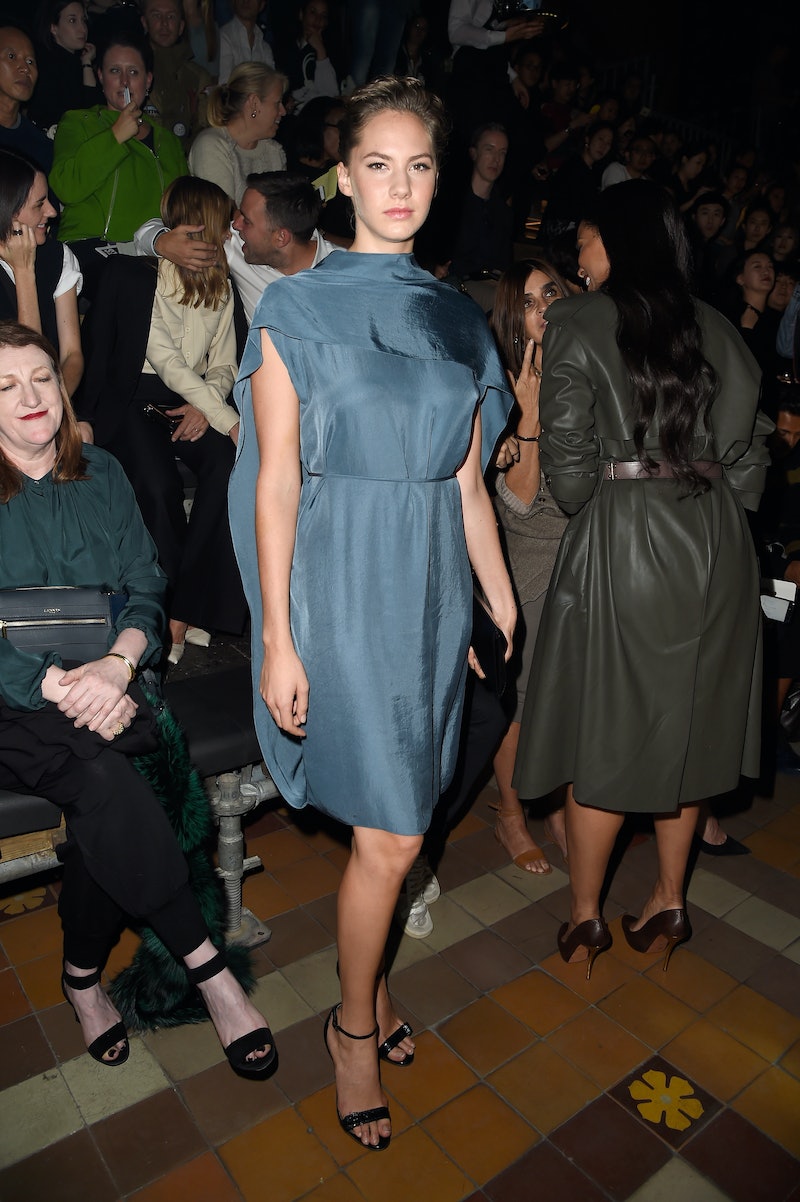 If you don't know the name Emma Ferrer now, you probably will soon. The granddaughter of icon Audrey Hepburn has signed with Storm Models, the agency responsible for discovering Kate Moss at the ripe age of 14 and turning her into, well, the ultimate supermodel. And with Audrey's genes combined with her own unique beauty and personality, I don't think I'd be surprised to see the same happen to Ferrer.

Ferrer made her modeling debut on the cover of Harper's Bazaar 's September issue — not a bad way to kick off a career in fashion editorials, eh? Ferrer isn't just a pretty face, though: the 20-year-old stunner is a student at the Florence Academy of Art. She'll be relocating to New York in January, though, to attend the institute's new satellite campus in Jersey City. And though modeling will be a fun "side job" for 5-foot-10 Ferrer, it's not her ultimate dream. "I am devoted to art, painting, and entering into the world of aesthetics as a whole," she told The Telegraph.

She and the agency seem to be on the same page as far as her aspirations go: "Emma is at heart an artist but she is also interested in developing her profile within the worlds of fashion and beauty — as well as art," Storm told The Telegraph. "She has an international appeal, great style credentials and is a charming and modern young woman."