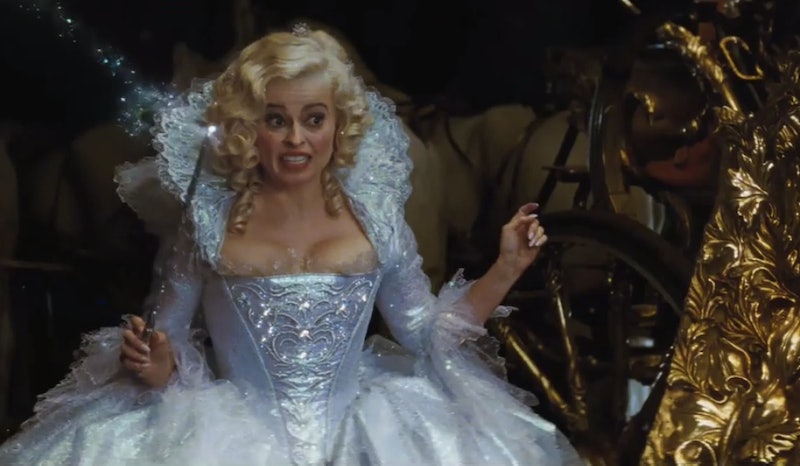 We all know that there's something magical about Cinderella. OK, yes, there's the actual magic in the plot line, but something about the story really goes beyond that and pulls at our heart strings, making us smile just a little bigger and brighter. Maybe it's the dynamic characters, the overall message or just the dreaminess of it all... who knows? Whatever the case is, we all love it. So it's hard not to get excited about Disney's live-action version of the film to be released in March. And surprise: The first trailer for Disney's 2015 Cinderella has been released.

Taking the dreaminess of Cinderella and the overall magic that is Disney and combining them in 2015 is bound to be nothing short of wonderful. And the costumes? Well, I don't think magical can even begin to describe what I've imagined. And from what we can tell from the trailer, the costumes and dresses really do not disappoint. Oh, and the whole 'Robb Stark/Richard Madden as Prince Charming' thing? Yeah, that doesn't disappoint either. But back to fashion: From Cinderella (played by Lily James) in her simple dresses and final ball gown, to Cate Blanchett's gloriously evil wardrobe, the trailer proves that the film is bound to be jam-packed with costume fabulousness. And just in case you haven't watched it roughly six times like I have, here's a round-up of the absolute best dress/fashion moments from the trailer.

Um, is this an ad from a Free People catalog? I think yes. And I love it.

OK, so this isn't your average maid's gown — it's still pretty beautiful, really. Later in the trailer, it gets a little more bohemian — you know, to reflect her oppressed lifestyle — but in general, Cinderella looks great even when she's not in the famous ball gown. No one is surprised.

Could this be any more perfect? And is it just me, or does that shade of green reflect just the right amount of evil?

Throw a cat on a leash on as an accessory to any look and it's safe to say that you have mastered the "villain" aesthetic.

Come on, guys, it's her mother's dress. Precious.

This look is a pretty basic, but not so basic (because, duh, it's Helena Bonham Carter) fairy godmother look. It works.

Can we talk about Cate Blanchett's dress for a second? It's like Keira Knightley's green dress in Atonement met high-fashion red carpet style and had a fairytale baby. I love it. Completely.

Now that's what I call a party look. Flawless.