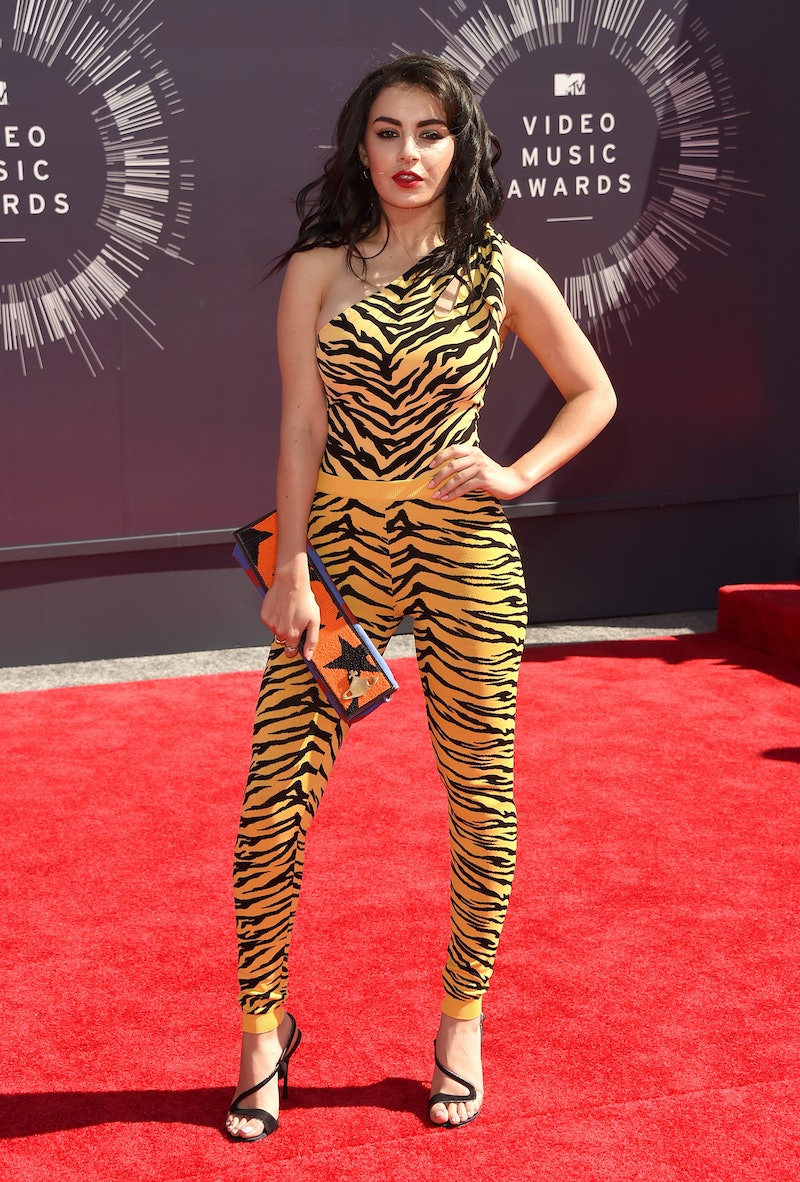 Newcomer Charli XCX is already making major headway in the music world. Her smash hit "Boom Clap," featured on The Fault In Our Stars received major attention, as did her appearance on Iggy Azalea's Fancy. But the British singer/songwriter isn't stopping there, she's quickly breaking into the world of fashion and pop culture too. Charli XCX covers the December/January issue of Nylon, making this her second magazine cover for the month. With her Seventeen cover was revealed earlier this week, the songstress proved she's the perfect blend of girl next door meets super-cool badass chick.

Charli definitely has an edgy vibe about her, and that's evident in her Nylon cover. Very much aligned with the mag's identity, she looks hipster-glam and totally gorgeous, donning a metallic biker jacket covered in quirky patches, and a low-cut, red cheetah print bodysuit. Rawr. On the other hand, her Seventeen cover shows us she's got a softer side too, looking like sugar, spice, and everything nice in full skirts and pretty, bold colors (though still with that patched jacket). Gracing the covers of two very different publications in the same month makes a very bold statement, nearing something of "I have arrived and I am a force to be reckoned with." Will Charli XCX be the Taylor Swift of 2015? Might be too early to say, but it looks like she's heading in that direction.

What do you think of the two very different covers?