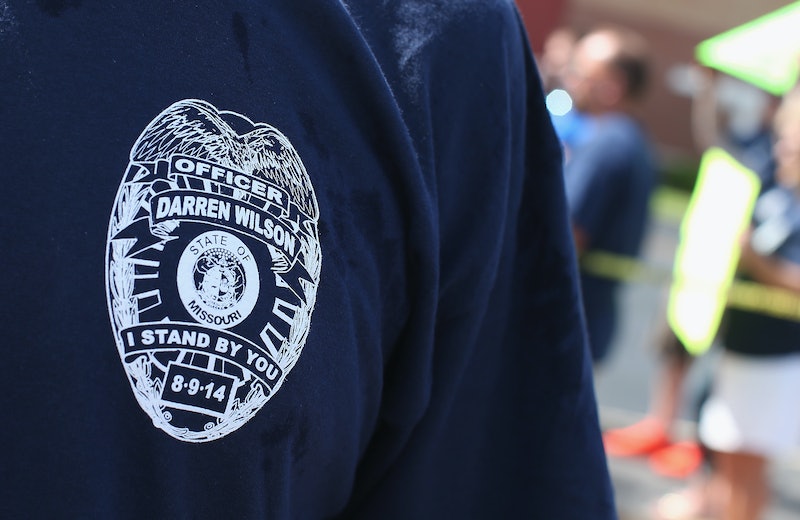 As Ferguson, Missouri braces itself for the long-awaited grand jury decision that may ignite another round of national protests, the man who fatally shot unarmed teen Michael Brown back in August, Officer Darren Wilson, may resign. According to a report from CNN, Wilson is in the final stages of negotiations with city officials, and may announce his plans to leave his post as soon as today.No doubt the move would come as a (welcome) surprise. Less than a week ago, Police Chief Tom Jackson told Yahoo News that Wilson would be “immediately” returned to active duty if the grand jury chooses not to indict him — a controversial decision, considering the tensions simmering in the small town. Already, the St. Louis County Police Department has spent roughly $200,000 on special preparations — including a range of ammunition and riot gear — in the likely case that protests flare up following the grand jury's verdict. Said St. Louis Police Chief Sam Dotson in a statement:

We've had three months to prepare. ... Acts of violence will not be tolerated. Our intelligence is good. Our tactics are good. We can protect lawful people and at the same time arrest criminals.

According to sources close to CNN, Wilson's resignation negotiations are still underway, and they very much depend on what the grand jury decides. Though he continues to claim that he did nothing wrong, he told his coworkers that he didn't want to resign — or declare intentions to resign — while the grand jury was still in the midst of deliberation, as that might make him look guilty. But he's said that he would step down just so as to take the pressure off of the rest of the police force.

It's a fair point. Even if the grand jury hands down a not guilty decision, both Wilson and the department itself have faced intense scrutiny since the fatal shooting, as well as a major backlash from residents of the St.Louis suburb. Not only have there been brutal clampdowns, tone-deaf reactions and a social media firestorm, U.S. Attorney General Eric Holder has initiated a federal investigation into Brown’s death, and the entire St. Louis area is facing a civil rights probe.

According to CNN, though, Wilson might announce his plans to resign as soon as Friday — let's hope that's so, for everyone's sake. Otherwise, who knows what anger might erupt in the town if Wilson returns to the force.