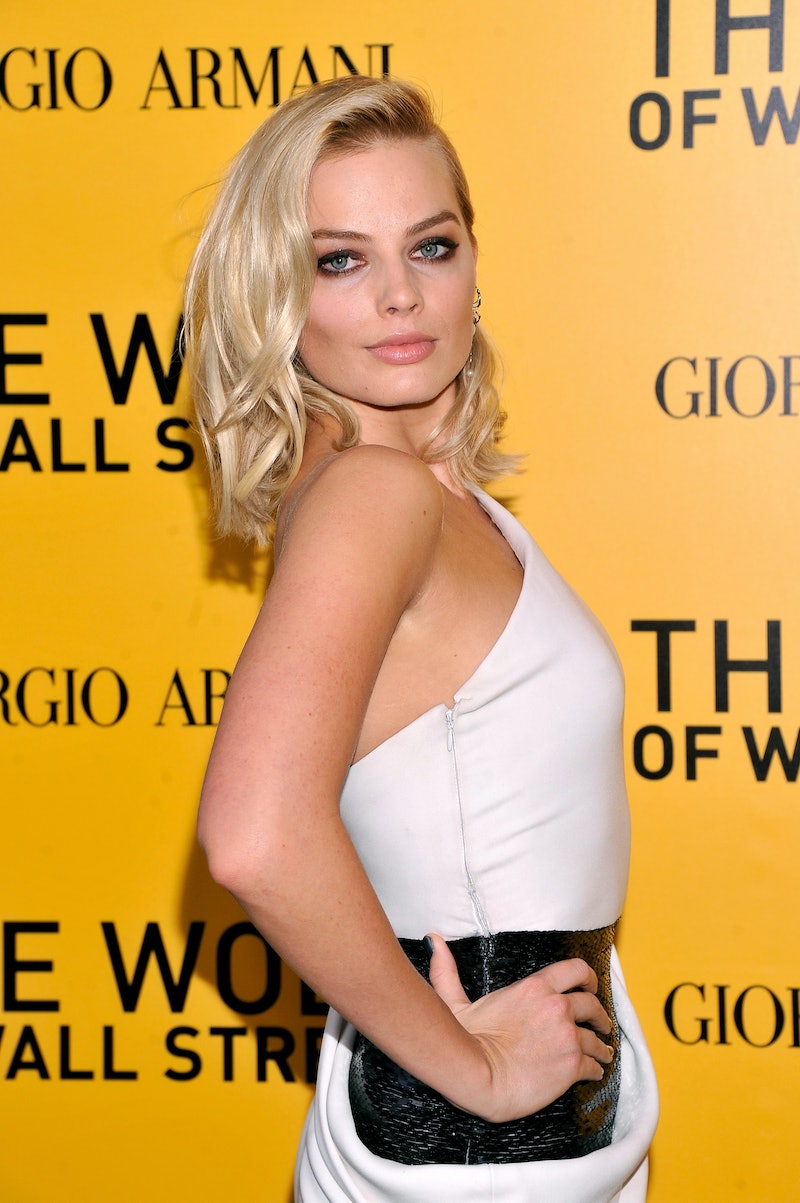 Actress Margot Robbie turned our heads with her portrayal of a guidette-like babe in The Wolf of Wall Street, with her Long Island Medium-like French mani, big, blonde hair, and even bigger accent. Robbie, 24, played the essential hot chick and has quickly become a men's mag favorite. Well, now Margot Robbie covers W magazine's Decemeber issue, and is basically unrecognizable. Robbie and the fashion mag have found a fresh way to do the "no makeup" makeup trend on a cover, which is not a new concept. But they certainly got very creative. And a little sopping, of course.

Robbie is holding her breath, which puffs out her cheeks, and she is completely submerged in water, but it's not in whimsical, peaceful, or fantastical mermaid fashion, either. She appears a bit bloated and it's as if we happened upon her zombie-esque corpse floating in the water, with her hair splayed out while she wears a lovely, maiden-ish dress. It's creepy, but in the best way, and I am surprised that she hadn't started turning blue. The actress even admitted that she practiced posing for this cover in her bathtub. Now, that's what I call "method modeling!"

Robbie's makeup is minimal and her brow game is strong. It's a striking image and if I didn't know it was her, I would have no idea who I was looking at. The photo emphasizes her good looks in a totally different way.

The Aussie blonde isn't the only celeb to grace a mag cover while wet. Taylor Swift and Miley Cyrus have done it for Rolling Stone, but in a much more posed, "just got out of the shower" way. Robbie's cover feels like a painting or a still from a film.

The cover was shot by Bill Viola, who is know for using the elements, like fire and water, in his work.

There are more wet 'n' wild Robbie photos and each one is more artsy than the next.

Here are Swift and Cyrus all wet on mag covers, in case you forgot about 'em.

T. Swift was all beachin'.

And Cyrus was topless, blinged, and with her tongue out, in typical Miley style.