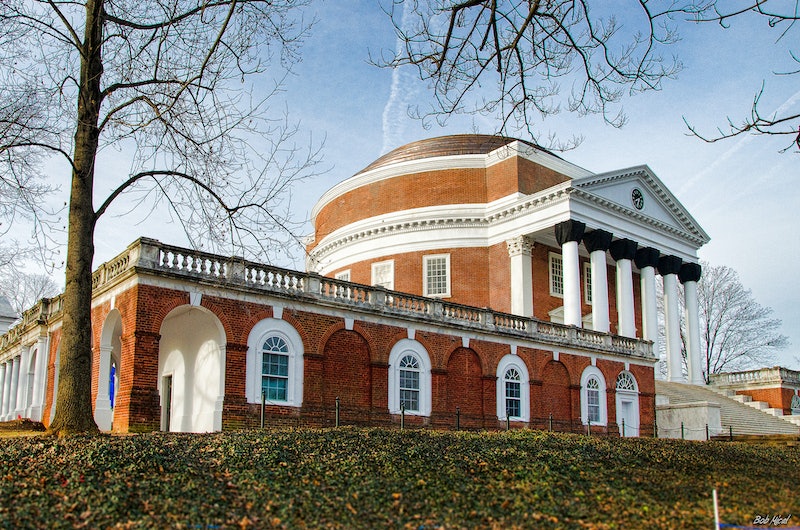 I can't tell you how drained I feel, reading story after story of sexual assault on American campuses; stories that are compounded by increasingly crushing statistics, in spite of positive moves on the part of the government and certain institutions. The insistent pervasiveness of rape and its culture — the sheer number of women facing situations that are nightmarish — is, frankly, enough to make you want to throw yourself off a bridge. Which is where a single person can make a huge difference: A brave, awesome, inspiring UVA alum has started a defense fund for victims of sexual assault — and single-handedly restored my faith in humanity.

If you have yet to read Rolling Stone's enraging and tragic account of a girl's gang rape at the University of Virginia, then I urge you to get to it. It'll upset you — to be honest, I couldn't read the whole thing in one go, I had to take a break to look at some kitten gifs — but it's worth delving into, and thinking about. It details the story of Jackie, a first-year, straight-A student who got asked to a frat party by a cute guy, and was then locked in a room and violently raped by eight other men.

It also details the context that allowed that to happen: a university that proudly oozes sexism within its coveted party culture, that has "10,000 Pi Phi bitches who get down on their knees" as part of its fight song. It's a university that has never once expelled a student for sexual assault, in spite of kicking out 183 students since 1998, just for cheating on exams. A university that saw a student fall off the roof of a frat party last October; that held its breath for five weeks as the country searched for student Hannah Graham.

A university that has what's known as the "roofie frat." I'll leave that one to your imagination.

A culture that translates grimly into clear numbers. Like that one in five women will experience rape in their lifetimes, and that over 80 percent of these will experience it before they reach age 25 — meaning a majority of sexual assaults happen while the victims are in college. Which makes sense, because frat boys are three times as likely to commit rape. Or that 44 percent of victims of sexual assault who don’t report their assaults are reluctant to do so because they're scared they were “at least partially at fault” or the perpetrator wasn’t “totally at fault."

Maybe most depressing are the numbers to do with what actually happens to the rapists, once they have actually been found guilty. According to a Huffington Post analysis that looked at 40 colleges across the country, only 30 percent of students found responsible in sexual assault cases are expelled. Which translates to 70 percent of known violent offenders being left free to live their lives, often in the same colleges as their victims. Victims who are left to feel confused, guilty, and alone.

Which is where UVA alum Lisa Richey comes in. In response to the Rolling Stone article, she decided to set up a crowd-funding page to raise money for a legal defense fund, so that UVA victims of sexual assault get access to an attorney, separate from the university, who can give them options. The project has already raised $13,669 of its intended $50,000, and it's only been up a day. Here's what she writes on the site's page:

Instead of being disappointed in just how badly The University, Our University failed these students, I'm going to do something to fix it. This fundraiser is a way to set up a legal defense fund so that victims of on campus sexual assault can consult with an attorney and understand what options they have.

I have a lot to do. I need to find an attorney or attorneys in Charlottesville who are appropriate for this work and willing to do so (ideally for a reduced fee). I need to figure out how to get the word out about such a service and better understand how it would integrate with the existing (albeit failing) policies at UVA. But most importantly, I need to raise money so this can become a real resource that is separate from UVA such that there is absolutely no conflict of interest. I will be taking absolutely NO money from this fund. All money raised will be used for a defense fund.

I hope everyone who reads that Rolling Stone article does something similar. Because just reading these horror stories and getting angry and feeling helpless? It's just not good enough.

More like this
24 History-Making Black Women You Probably Didn't Learn About In School
By Ayana Lage and JR Thorpe
25 Inspiring Quotes From Black Women To Celebrate Black History Month
By Kyli Rodriguez-Cayro and JR Thorpe
6 Organizations Fighting Police Brutality That You Can Support Right Now
By Syeda Khaula Saad and JR Thorpe
Kim Petras Just Made Grammy History
By Jake Viswanath
Get Even More From Bustle — Sign Up For The Newsletter
From hair trends to relationship advice, our daily newsletter has everything you need to sound like a person who’s on TikTok, even if you aren’t.