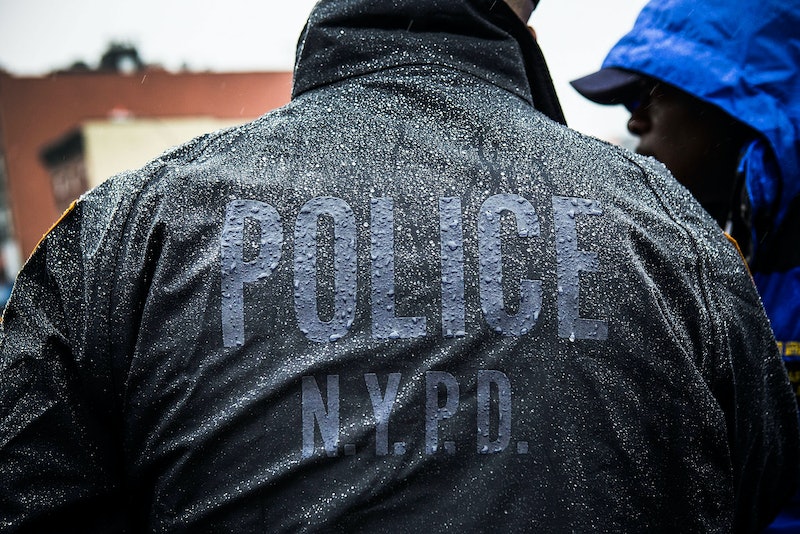 As the nation warily eyes Ferguson, Missouri in anticipation of the grand jury's upcoming verdict, another case of an unarmed man reportedly being shot by police is threatening to bring the fight to the east coast. On Thursday night, the NYPD shot and killed unarmed Akai Gurley in Brooklyn. Though details are still murky — and police are calling it a "tragic accident" — the incident comes at a time when racially charged police brutality is in the public eye. At a press conference Friday, Police Commissioner William Bratton said Gurley was a “was a total innocent."On Thursday night, at approximately 11:15 pm, 28-year-old Gurley walked out into the seventh floor stairwell of the "dimly lit" Pink Houses at 2724 Linden Blvd, a housing estate in Brooklyn, where he was visiting his girlfriend. At the same time, two "rookie" NYPD cops — Peter Liang and Shaun Landau — were making their way down the stairs from the eight floor. The officers, apparently startled by the man, fired at Gurley, hitting him once in the chest, so that he went stumbling down to the fifth floor. He died on his way to Brookdale Hospital.According to Gurley's girlfriend, Melissa Butler, who was with him when the cops fired their shot, they didn't identify themselves, offer any warning, or ask that the man get down. As Butler told DNAinfo New York:

They didn’t present themselves or nothing and shot him. As soon as he came in, the police opened the [door to the] eighth-floor staircase. They didn’t identify themselves at all. They just shot.

According to a police press conference on Friday, the officer shot because he got "startled" in the dark and was "nervous" as he was doing a floor-by-floor sweep of the building. The police confirmed that — though the victim has been under arrest before, more than once — at this particular moment, he'd had no weapon on him, and no weapon was found at the scene of the crime later, either.

Though during the press conference NYPD Commissioner William Bratton sugggested that the shot "may have been due to accidental discharge," other reports suggest otherwise. “I shot him accidentally,” Liang admitted to colleagues, according to the New York Daily News. Liang, who's had less than two years' experience, has been placed on "modified duty."

Considering that the shooting of unarmed teen Michael Brown in Ferguson has sparked a national debate about racially charged police brutality (not to mention widespread, violent protests), the killing of an unarmed man — no matter how accidental — is sure to raise tension, as well as questions. As said Assembly Member-Elect Charles Barron in response to the shooting, according to BSN:

This madness must stop. There is nothing that they can come up with to justify the killing of an unarmed person by two fully armed police officers. This abusive use of deadly force is the cause of unrest across the nation. People are fed up with police taking our lives with impunity.