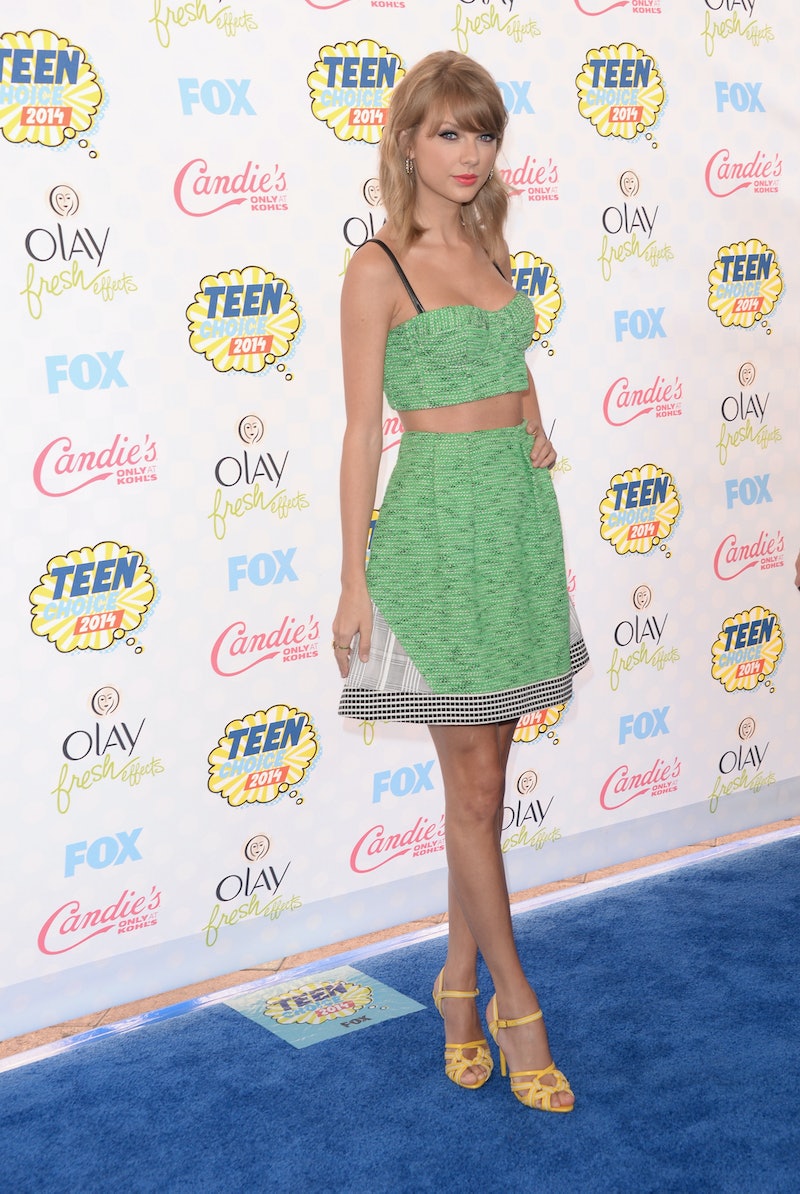 The fact that Taylor Swift is on another magazine cover isn't exactly news. Ever since the release of her latest studio album, 1989 , the 24-year-old singer has been everywhere (except Spotify). But there is something exciting about her latest appearance on newsstands: In her cover interview for the December/January issue of Lucky, Taylor Swift revealed why she never shows her belly button. Thank goodness Eva Chen allowed that to go to print!

Ever since Swift adopted her now signature crop-top and high-waisted skirt look for the summer of 2014, several news outlets have pointed out that, despite her belly-baring shirt choice, her navel is literally never visible. The Cut even published a piece entitled "There's No Proof Taylor Swift Has a Belly Button." Until now, we've had nothing to go on. And, as it turns out, Swift likes it that way. She told Lucky:

I don’t like showing my belly button. When you start showing your belly button then you’re really committing to the midriff thing. I only partially commit to the midriff thing — you’re only seeing lower rib cage. I don’t want people to know if I have one or not. I want that to be a mystery. As far as anyone knows based on my public appearances, they haven’t seen evidence of a belly button. It could be pierced. They have no idea. If I’m going to get some sort of massive tattoo, it’s going to be right next to my belly button because no one’s ever going to see that.

Hmmm, so it's a privacy issue. That kind of makes sense, in a weird way. Celebrities as visible as Swift don't exactly have an easy time keeping secrets. The public knows so much about her life: Where she lives, who her ex-boyfriends are, which of her songs are about those ex-boyfriends. So what if she doesn't want us to know whether her belly button is pierced, tattooed, or even real?? I think we'll all survive.

More like this
Ciara On Her Biggest Skin Care #Fail
By Rachel Lapidos
There's A Taylor Swift Easter Egg In Ryan Reynolds' 'Deadpool 3' Teaser
By Marina Watts
Everything To Know About Taylor Swift’s 10th Studio Album, 'Midnights'
By Grace Wehniainen and Jake Viswanath
13 Caffeine-Infused Eye Creams, Patches, & Serums For Puffy Under Eyes
By Olivia Rose Ferreiro
Get Even More From Bustle — Sign Up For The Newsletter