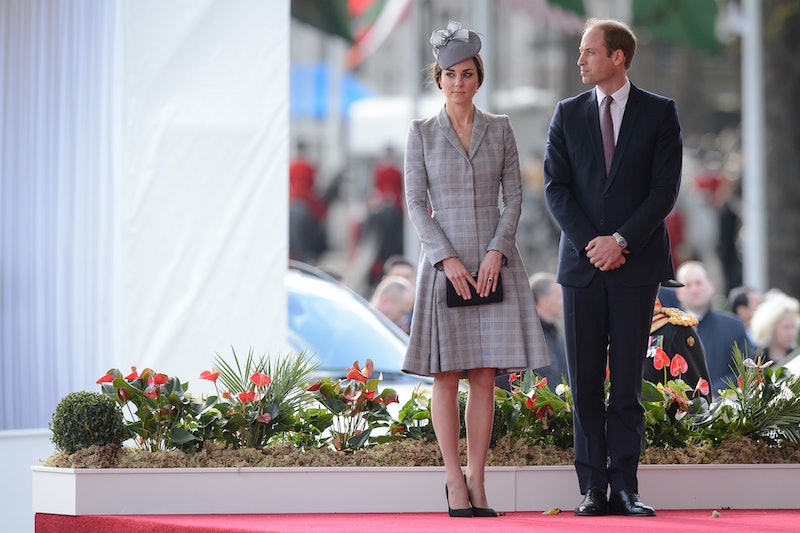 Hey, American journalists. Newsflash from the British royals: y'all are sloppy. Prince William and his Duchess Kate are coming to Washington, D.C. in a couple of weeks and it'd be nice if you could look more presentable than you usually do. That's basically the message Buckingham Palace is sending out to D.C.'s press. According to Politco, the British Monarchy kindly advises that American journalists dress up for the royal family's arrival. Yeah, this actually happened.

If you click on the British Monarchy's media information page, you'll find a long list of guidelines and information. Right below all the text about where you can find the Queen's speeches and photos is a little blurb titled "Attire for journalists covering Royal engagements." The section states the following: "Journalists wishing to cover Royal engagements, whether in the United Kingdom or abroad, should comply with the dress code on formal occasions out of respect for the guests of The Queen, or any other member of the Royal Family." Or abroad, wink wink. It continues to say, "Smart attire for men includes the wearing of a jacket and tie, and for women a trouser or skirt suit. Those wearing jeans or trainers will not be admitted and casually dressed members of the media will be turned away. This also applies to technicians."

Real GIF of an American journalist.

There's a burn if we've ever read one. It's unclear whether this section has always been there and the American press is just now making a big brouhaha out of it or if the Brits have passive aggressively added this section just in time for Will and Kate's impending visit to the states.

One thing's for sure: the American people aren't happy about it. Some readers on Poiltico's website have left comments such as, "LOL. Dictating a dress code to the American press? Last time I checked America wasn't a British colony any longer. Also, maybe someone should share the dress code with Duchess Bare Bottom Exposer." In case you missed it, they're referring to Middleton's Marilyn Monroe moment. Another reads, "NOBODY asked them to visit." Yikes!

I'm all for looking nice and presentable on your own accord, but not because someone is wagging their finger and telling you to do so. This isn't the Academy Awards, Queen Elizabeth. These people are getting paid to cover your family's engagements. They're not your guests. So, in my eyes, they can wear whatever they want. I wonder how D.C.'s journalists will react. Will they choose to revolt wearing their best Canadian tuxedos and Nike kicks? One can only hope.