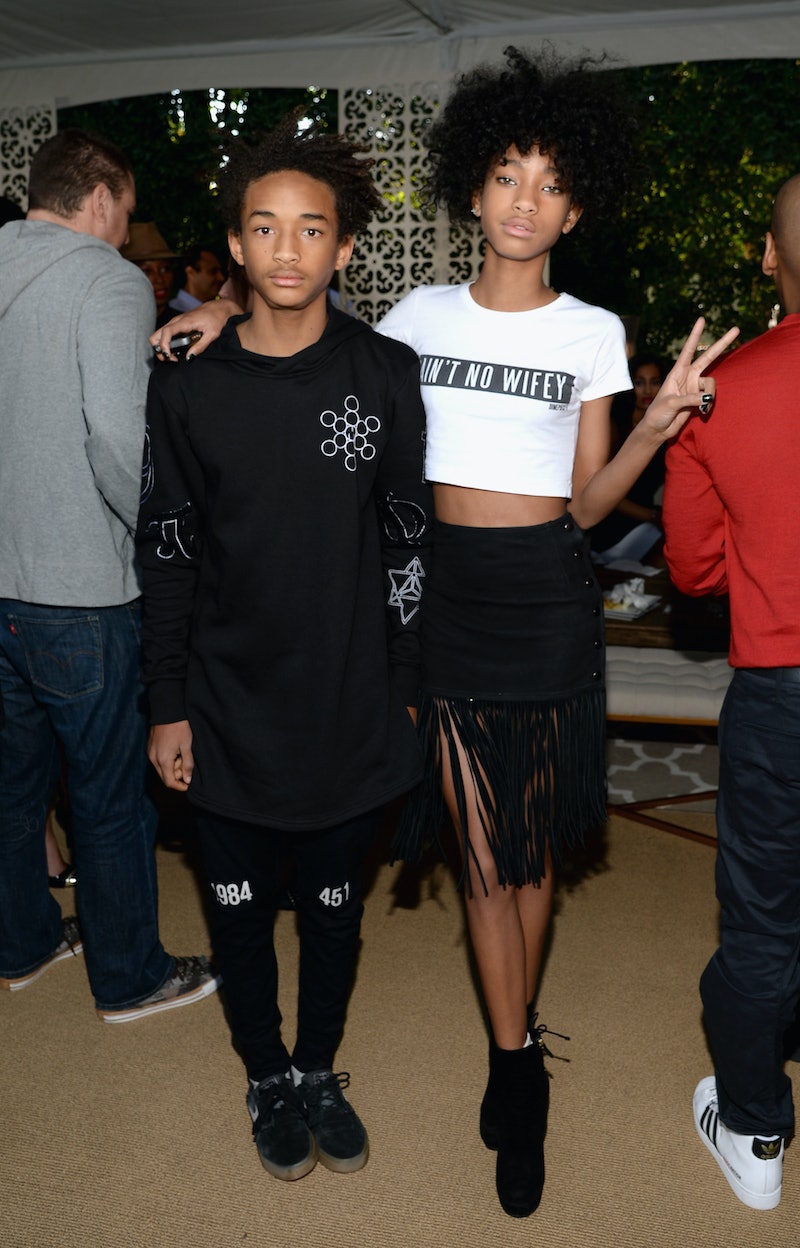 So, at this point, you've all probably tried to teach yourself a little bit about relativity theory, visited the Wikipedia page for Du Bois (and left it knowing not much more than his birthday), and/or tried to figure out just what exactly the opposite of an apple could be — that one really got me, too. The Jaden and Willow Smith joint-interview with T Magazine, a first for the renaissance siblings, left us all feeling either completely lost or completely found. Some of us went to bashing the Heirs to Bel-Air for their existentialist whimsies (mostly because more than half of it went over our heads — let's be honest with ourselves), and others to praising them like they were the Second Coming (you know, "because living").

Well, as philosophers, maybe they still have a ways to go. And as musicians, you could say they're each slowly coming into their own — Willow already had herself a mega hit with “I Whip My Hair” back in 2010 and continues to create her magic, teaming up with her brother this past year for a "chocolatey" duet; and it looks as if Jaden has hopped on the train with her, releasing his new album CTV2 just last week through his own newly founded app "Jaden Experience." But what about as teen fashion icons? Does their unconventional form of education translate into their style? A quick glance at Jaden's MSFTS clothing line will probably have you nodding your head in a solid "yes," without a doubt. But what else are they bringing to the table that other teen stars aren't? Let's take a look-see at some of my personal favs from their Instagram feeds and find out:

Denim game STRONG with this number.

I like to wear things that I make, but I throw it on as though I was throwing on anything. It looks cool, sometimes. - Jaden

Looks like menswear is finally gonna get some personality in the near future.

A Couple of Misfits:

Bringing back the old knit in a luscious red.

I like to go to places with my high-fashion things where there are a lot of cameras. So I can just go there and be like, ‘Yep yep, I’m looking so sick.’ But in my regular life, I put on clothes that I can climb trees in. - Willow

Feeling comfortable enough with yourself to let your true colors shine.

Black is the New Black:

Who needs orange, though?

Lookin' out into their kingdom.

Look, whether or not you find yourself on the bandwagon for the kind of alternative education they preach, and even if you don't think they sound "as good as chocolate tastes" (as Willow describes it in the T Mag interview), the Heirs are proving themselves to be more than worthy of their royal title, if at least in regards to fashion sense. I personally welcome this next generation of fashion-progressive, alternative intellectuals with open arms and lots and lots of Prana energy. #babiesremember