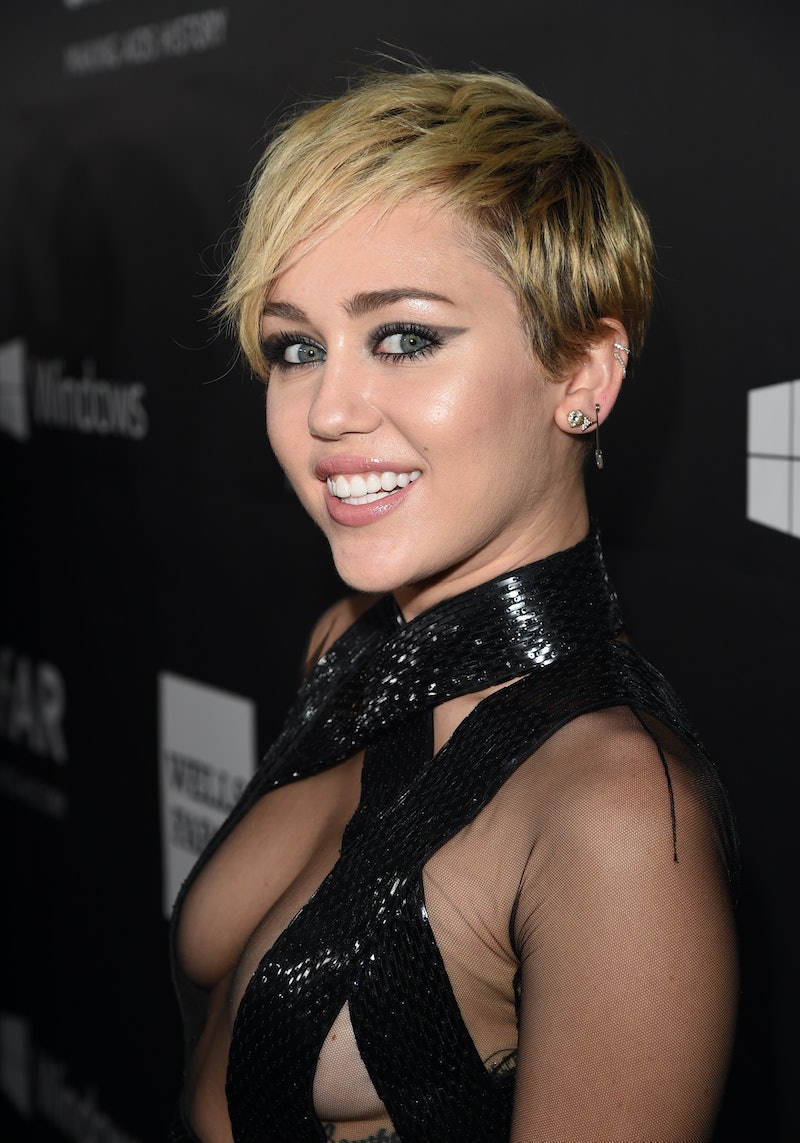 What kind of birthday party do you throw for the girl who has everything? A totally bonkers one, apparently. For Miley Cyrus' insane 22nd birthday party, held at the Metropolitan Nightclub in West Hollywood, she wore an insane, neon fur jacket. What could we expect from the girl who tried to popularize plastic dolls as hair accessories this summer?

Cyrus, who is probably definitely dating Patrick Schwartzenegger, threw herself an all-out bash complete with giant pizza cake, a penis-shaped mechanical bull, and a star-studded guest list to celebrate the passing of another year. But the real star of the show was the "Wrecking Ball" singer's outfit — a cropped neon pink and yellow fur jacket layered over a two-toned hot pink and green cut-out minidress. She accessorized with layers upon layers of her now-signature crafty "jewelry" — a pacifier necklace, fake flower hair ties — and bright blue eyeshadow. Although The Cut's Maggie Lange compared her to a "nonsense-muppet," I think she looked more like a Lisa Frank illustration on acid.

Any way you slice it, Miley's wonky cat lady aesthetic doesn't seem to be going anywhere. I know people hate on her for generally being a little cray and dressing like the costume section of Toys R Us threw up on her, but I have some serious respect. She's managed to shed her clean-cut country image and isn't backing down, no matter how much criticism she receives.

That still doesn't mean I'd be caught trying to emulate this look.