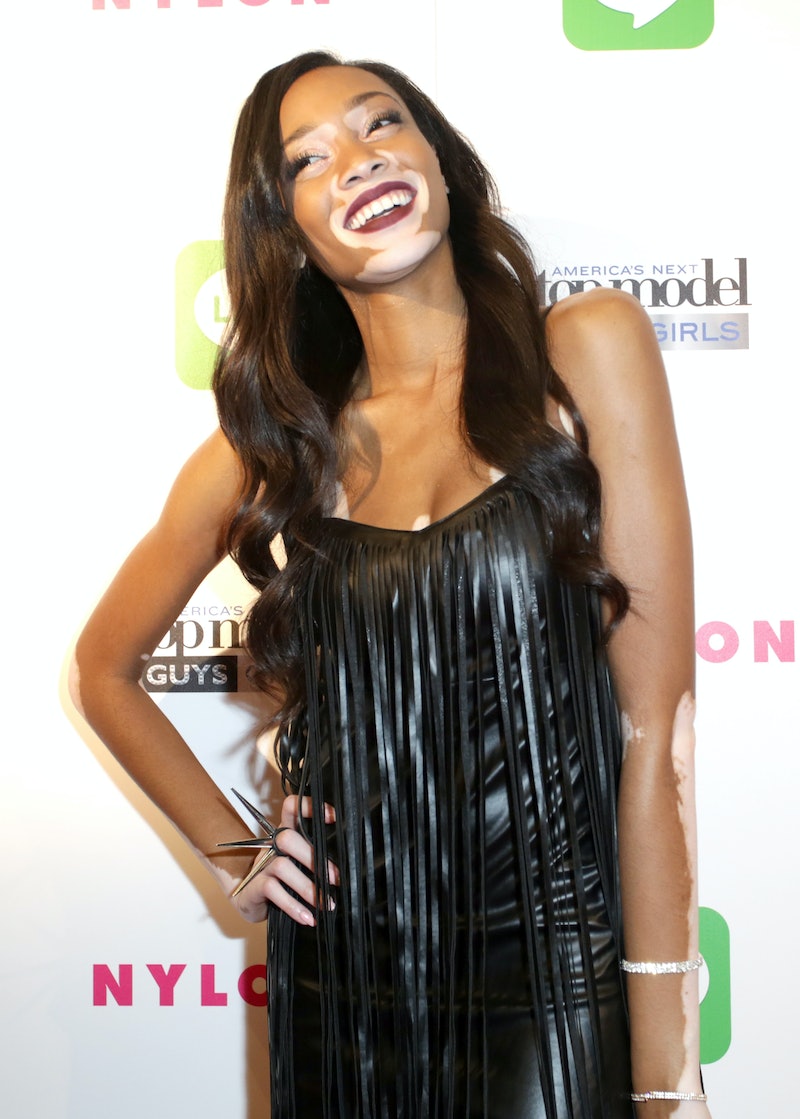 Here's a groundbreaking idea: How about we just start calling people by their actual names, instead of thinking it's totally fun and endearing to refer to them by animal pet names that they could actually — gasp — be offended by? This is a concept America's Next Top Model consultant and photographer, Yu Tsai, apparently can't fully grasp. In a recent episode of ANTM, Tsai continually called contestant Chantelle Young a "panda," apparently fitting due to the fact that the model has vitiligo, a skin abnormality that causes depigmentation, resulting in pale blotches on one's skin. To recap, Chantelle's mentor appointed her an animal nickname because of her skin color and chronic condition. Oh, this should be good...

Chantelle has been a fan favorite since it was announced that the unconventional beauty would be appearing on the show back in August. Even my mother, who also happens to deal with vitiligo, was excited to see someone with her skin condition represented on the show. This, however, isn't exactly what people were expecting.

During a photo shoot on episode 13 of the reality competition, Tsai is filmed calling Chantelle a "panda bear." The model later confronts him, stating that his comments could send the wrong message to viewers. Tsai of course had some excellent explanantions behind the reasoning for his name calling. Here, I've helpfully broken down the grossness into an easy-to-digest list.

Because calling someone with blotchy skin a panda bear is just so much better...

Apparently it's only necessary to show respect to your employer. Sorry, I forgot.

3. "It's a little, soft nickname! I'll call you porcupine from now on!"

In Tsai's mind, calling Chantelle by the name of a cute, cuddly animal (that also happens to have two-toned skin), was the most logical way to get her to soften up during her photo shoot. Duh.

The first-time ANTM mentor attempts a half-assed apology to Chantelle later in the episode, but for a show that markets itself as being so progressive, the entire incident was particularly offensive and ignorant. Since the airing of the episode, both ANTM fans and individuals with vitiligo are none too happy, creating an online petition demanding Tsai's removal from the show. I wouldn't be too worried about Chantelle, though. I mean, have you seen the girl's gorgeous Desigual ads? Definitely beats any ANTM Covergirl campaign...

More like this
Is Salley Actually Going To Be On 'Bachelor In Paradise'?
By Kadin Burnett
What Happened With Justin & Salley Pre-'BiP'? They Fueled Rumors At Stagecoach
By Grace Wehniainen
Are Michael & Sierra Still Together After Bachelor In Paradise?
By Kadin Burnett
Every ‘RuPaul’s Secret Celebrity Drag Race’ Contestant’s Identity Has Been Revealed
By Brad Witter
Get Even More From Bustle — Sign Up For The Newsletter