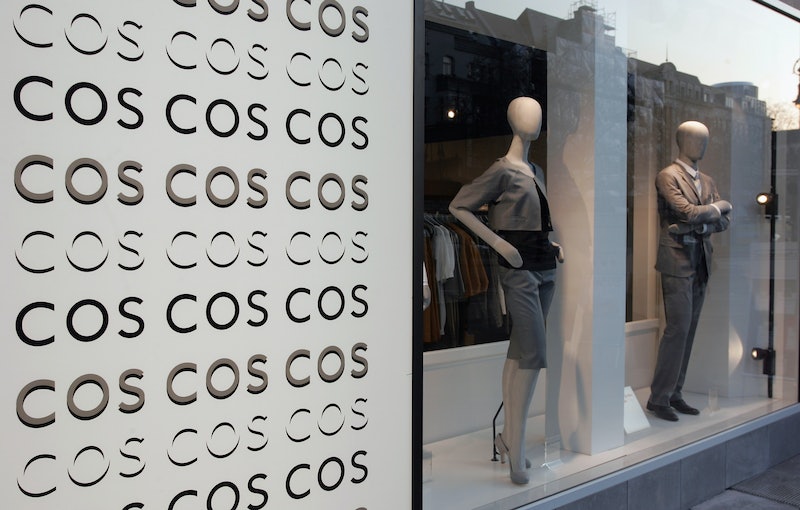 Apologies for those of you watching your spending this holiday season — according to Refinery 29, the UK-based retailer COS is opening its first NYC location on December 5th. H&M's higher quality sister store announced plans to move stateside last year, beginning its international expansion with the introduction of e-commerce back in May. The first United States outpost opened in Beverly Hills last month, to the disappointment of all us fashion lovers on the East Coast.

COS was originally slated to open in New York during the spring of 2014. The NYC store, which will be located at 129 Spring Street in SoHo, is now opening just in time for the holiday season (gifters, update your shopping lists). "We are all looking forward to the opening," brand executive Marie Honda told PopSugar in June. "New York City is a vibrant and exciting city, and we feel SoHo will be the ideal setting for our first store." I couldn't agree more, given that SoHo is in my backyard.

If you're unfamiliar with COS, you may not understand what all the commotion is about. That's why I've helpfully included some of the best offerings from the website to help clue you in.

More like this
These Are The Best Socks A Woman Can Buy
By Lisa Fogarty
Tilda Swinton’s Neon Yellow Hair Is More Than A Style Statement
By Justine Knight
15 Chrome Nail Polish Colors For An Easy, Mirror-Like Manicure
By Audrey Noble
The Beauty Industry Disrupter From Dallas
By Jordi Lippe-McGraw
Get Even More From Bustle — Sign Up For The Newsletter