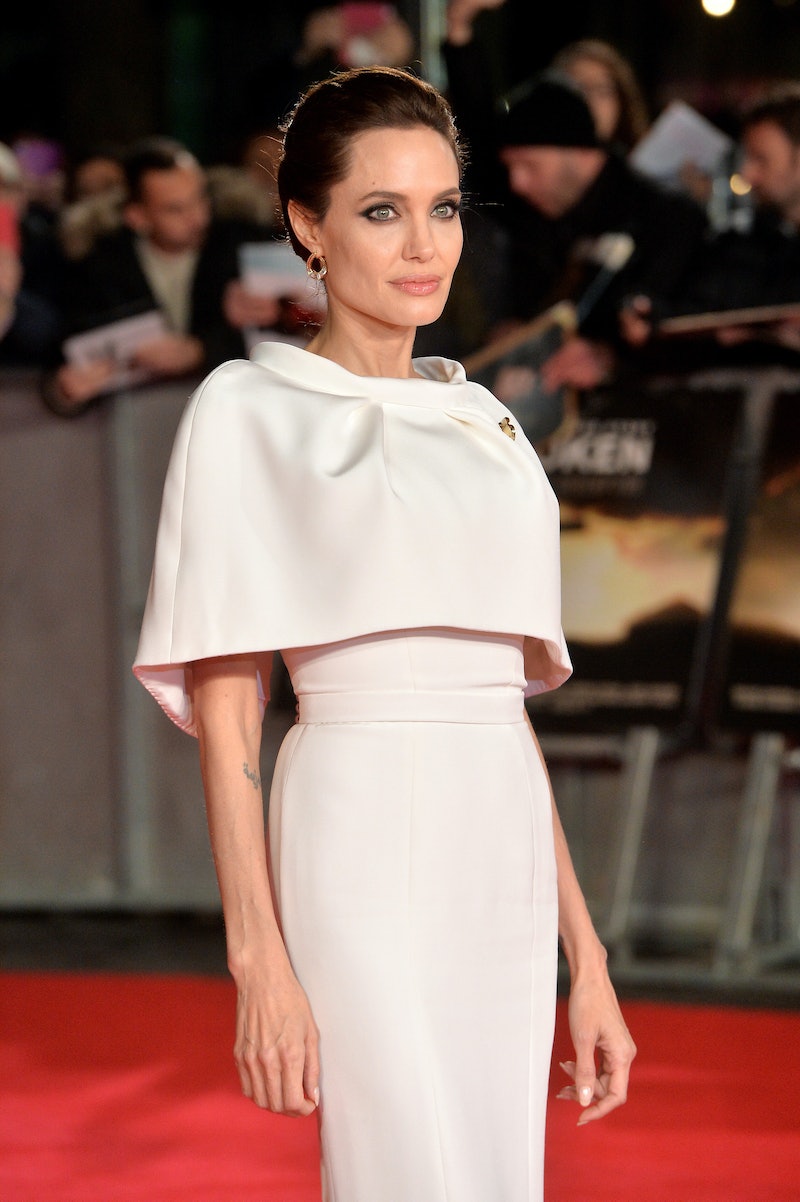 The current buzz surrounding the original pillow-lipped and reformed wild child Angelina Jolie pertains to her reported decision to quit acting. Jolie hinted that she will retire from acting in favor of moving behind the camera permanently to continue directing, but the actress/director/mom of six/wife of Brad Pitt hasn't ditched her fashion sense. Angelina Jolie wore a cape to the London premiere of Unbroken, absolutely dazzling us in an unexpected way. Jolie's classy outfit demonstrated three things: how to wear winter white, how to rock a capelet, and how to dress like a first lady.

Jolie directed Unbroken, and since the film is already being mentioned in early Oscar discussions, Jolie dressed the part of serious film director. Capes, like the one Lizzy Caplan wore back in 2013, are way tricky, no matter their shape or their length. They can add volume and bulk in places you may not want and they can also overwhelm a petite frame. None of that happened with Jolie's outfit.

Years ago, when Jolie was wearing vials of then-hubby Billy Bob Thornton's blood around her neck, wearing lots of black, and admitting to knife play, in addition to piling on tattoos, I'd have considered it a form of fashion blasphemy to think of Angie in a crisp white dress with a capelet. But dang, she owned this look.

Jolie's dress is by Ralph & Russo Couture, and were it not for the unique silhouette and shape of the built-in capelet, it would have been way too simple — perhaps even a bit boring. With her hair slicked back off her face into a bun, Jolie was a picture of first lady–like elegance. The only thing missing was a major accessory — her hubby!

The front-facing view shows the capelet functioning like a jacket.

Check out the side view.

All smiles! She's like a modern and brunette version of Grace Kelly in this ensemble.

That's such a First Lady x Miss America–like wave of the hand. This look cements Jolie's status as an American fashion icon, even while across the pond.