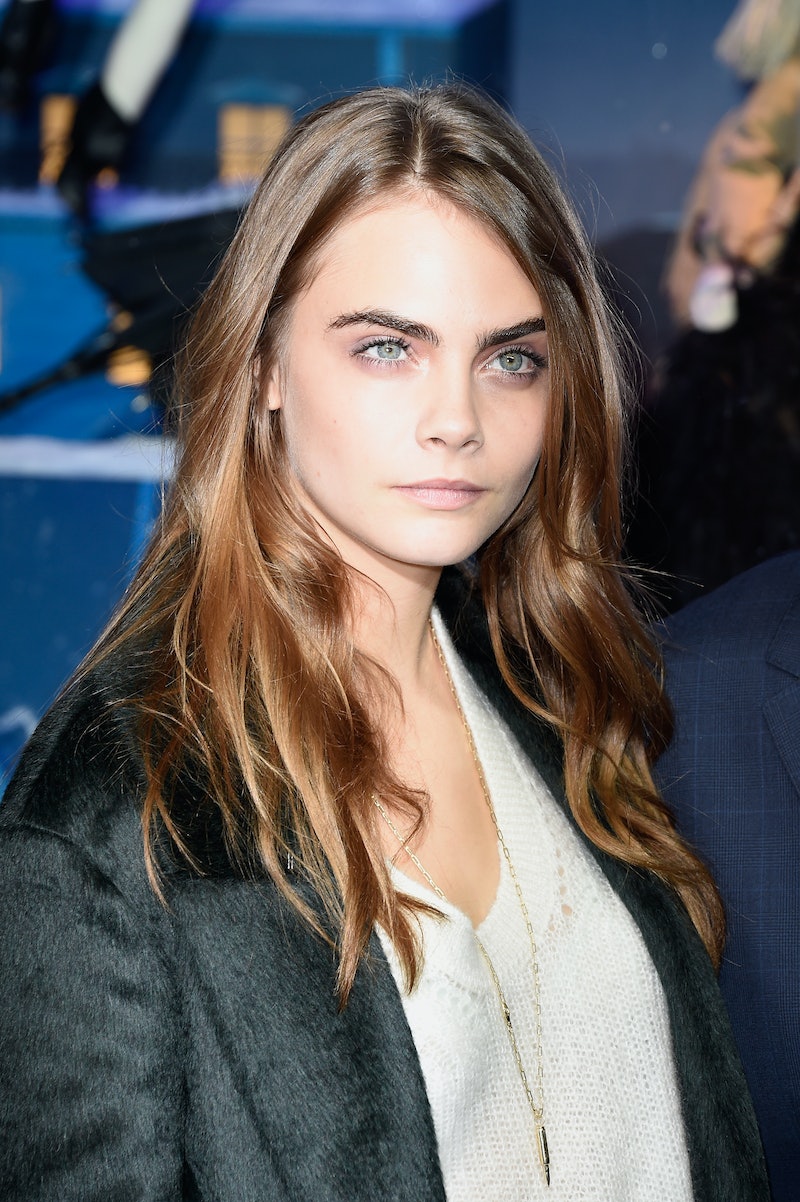 Cara Delevingne is officially everywhere: runways, magazines, Instagram feeds, and, soon, a theater near you. The model, who will star as Margo in the on screen adaptation of the John Green novel Paper Towns, makes a brief but memorable appearance in the trailer for Pan , a live-action prequel to the Peter Pan story we know and love, in which she plays a mermaid.

Her little cameo delivers no hints as to whether Delevingne's acting skills are as sharp as her modeling skills, but she does look rather striking floating in foggy blue water like an otherworldly apparition. In fact, it's not dissimilar from the sort of dreamy fashion film she's starred in before, like the one for Chanel in which she waltzes with Pharrell Williams. The roles might be different, but one thing is certain: Cara Delevingne is a total chameleon.

We'll have to wait until the film's July 17, 2015 release to see how well our favorite Brit fares underwater, but in the meantime, let's turn to her sartorial decisions for evidence that Delevingne would make an excellent mer-creature. She may be known for her graphic tees and pizza jumpsuits, but that girl sure cleans up nicely. Here are all the times her outfit proved she fits the part.

1. Shimmering in seaweed green at the 2014 Toronto International Film Festival

4. Washed up on some rocks for a John Hardy ad

6. Silver siren at the UK premiere of Anna Karenina

See? It was meant to be!